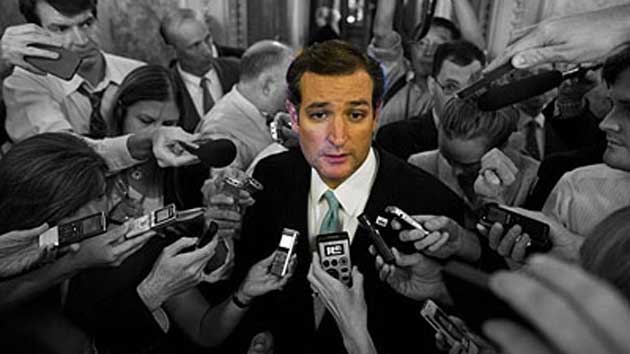 File this under “with friends like this, who needs enemies?” 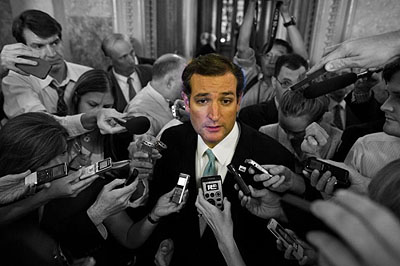 ….Saturday’s session was required after conservative Sen. Mike Lee (R-Utah) objected to an effort by Senate Majority Leader Harry Reid (D-Nev.) late Friday to adjourn the Senate for the weekend….He and Cruz had sought to force a vote to strip out funding that would be used to implement Obama’s plan to halt deportations for as many as 5 million immigrants.

Without the ability to leave for the weekend, Reid instead began the process of bringing 20 long-stalled nominations to a vote, including Obama’s nominee for surgeon general, Vivek Murthy, who was a target of groups like the powerful National Rifle Assn. over his advocacy for stricter gun laws. Shortly after noon the Senate began the first of what could be 40 procedural votes that could lead to confirming all the nominees by the end of the week.

The Cruz/Lee proposal was entirely symbolic in not just one, but two separate ways:

So now everyone has to spin their wheels on the Senate floor over the weekend instead of seeing their families or watching the Army-Navy game. By itself, that might deserve only the world’s tiniest violin. But as long as they’re there and have some extra time, Harry Reid decided to start the process of approving a whole bunch of Obama nominations that otherwise might have dropped off the calendar later in the week as senators began pressing to start the holiday recess. That meant Obama’s nominees would have had to face a Republican Senate in January, but now, thanks to Cruz and Lee, they’ll all be safely in office by then.

I’m sure the NRA is thrilled. Ditto for all the Republicans who were apoplectic over the nomination of Tony Blinken as deputy secretary of state. And megadittoes—with a megadose of irony—for Cruz, Lee, and all their tea party buddies who objected to confirming Sarah Saldaña to head Immigration and Customs Enforcement. Their objection, of course, was meant as a protest against Obama’s executive order on immigration. Now, thanks to a dumb little stunt that was pathetic even as an empty protest against Obama’s immigration plan, they’re going to lose an actual, substantive protest against an Obama immigration nominee. Nice work, guys.

But I guess it’s a nice big platter of red meat that plays well with the rubes. With Cruz, that’s all that counts.

UPDATE: You gotta love this:

Only the Democrats seemed able to wrest a modicum of enjoyment from the day’s proceedings. Senator Benjamin L. Cardin, Democrat of Maryland, said that it was “inconvenient to be here voting around the clock” but that he was “kind of pleased at how it’s working out.” Mr. Cardin said, “We will get these confirmations done, and we may not have gotten them done otherwise.” And as Senator John Cornyn of Texas, the No. 2 Senate Republican, struggled to explain to a group of reporters just what Mr. Cruz was trying to achieve, Senator Cory Booker, Democrat of New Jersey, loped by and clapped him on the shoulder.

“Let me know if you need backup,” Mr. Booker said with a grin.