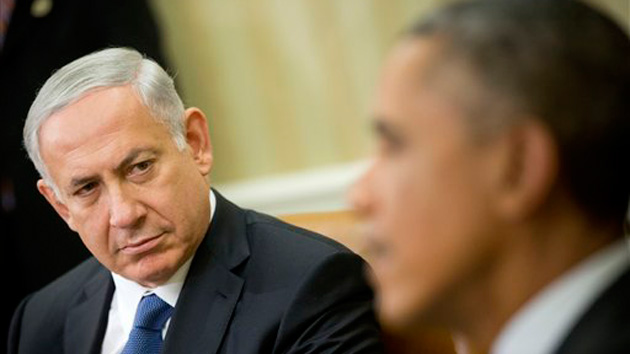 I keep wondering if it’s ever possible for Benjamin Netanyahu to go too far. He’s treated President Obama with truly astonishing levels of contempt and disdain for nearly his entire tenure, and he’s done it in the apparent belief that his political support in the US is so strong and so bipartisan that he’ll never be held to account for it. And so far he hasn’t been.

But what about his latest stunt? The fact that John Boehner invited him to address Congress is hardly surprising. Boehner needed to poke Obama in the eye to demonstrate his conservative bona fides, and this was a perfect opportunity since he knew Netanyahu would deliver plenty of trash talk about Obama’s Iran policy. But the fact that Netanyahu kept the invitation a secret from the administration and failed to even notify them he was planning a visit—well, that’s a whole different story. As former US ambassador to Israel Martin Indyk put it, “Netanyahu is using the Republican Congress for a photo-op for his election campaign….Unfortunately, the US relationship will take the hit. It would be far wiser for us to stay out of their politics and for them to stay out of ours.”

And it turns out that even two Fox News hosts agree. Max Fisher relays the story:

Two prominent Fox News hosts, Chris Wallace and Shepherd Smith, harshly criticized Boehner and Netanyahu on Friday for secretly arranging a Netanyahu speech to Congress that is transparently aimed at undermining President Obama, and set up without the White House’s knowledge.

….”I agree 100 percent,” Wallace said when Smith read a quote from Indyk criticizing the Boehner-Netanyahu maneuver. Wallace went on:

And to make you get a sense of really how, forgive me, wicked, this whole thing is, the Secretary of State John Kerry met with the Israeli Ambassador to the United States for two hours on Tuesday, Ron Dermer. The ambassador, never mentioned the fact that Netanyahu was in negotiations and finally agreed to come to Washington, not to see the president, but to go to Capitol Hill, speak to a joint session of congress and criticize the president’s policy. I have to say I’m shocked.

Smith said, “it seems like [Netanyahu’s government] think[s] we don’t pay attention and that we’re just a bunch of complete morons, the United States citizens, as if we wouldn’t pick up on what’s happening here.”

Shep Smith goes off the Fox reservation all the time, so perhaps his comments aren’t too much of a surprise. But although Wallace is no Sean Hannity, he’s fairly reliably conservative and even he was shocked.

So has Netanyahu finally gone over the line? So far I haven’t heard much criticism from sitting US politicians, so I’d have to say not. Not yet, anyway. But it sure seems like the day is going to come. No matter how close an ally Israel is, there’s only so much contempt their leaders can show for a sitting American president and his policies. Eventually the American public is going to lose patience, even the folks who aren’t huge Obama fans themselves.

It hasn’t happened yet. Maybe it never will. But it sure seems as if Benjamin Netanyahu is hellbent on pushing the line until he finally rings a bell he can’t unring. The only question now is whether he stays in office long enough to make that final, fatal mistake.