For several years now I’ve been following the controversy over whether the dietary guidelines that have developed over the the past 70 years might be all wrong. And I’ve become tentatively convinced that, in fact, they are wrong. For most people—not all!—salt isn’t a big killer; cholesterol isn’t harmful; and red meat and saturated fat are perfectly OK. Healthy, even. Sugar, on the other hand, really needs to be watched.

Before I go on, a great big caveat: I’m not even an educated amateur on this subject. I’ve read a fair amount about it, but I’ve never dived into it systematically. And the plain truth is that firm proof is hard to come by when it comes to diet. It’s really, really hard to conduct the kinds of experiments that would give us concrete proof that one diet is better than another, 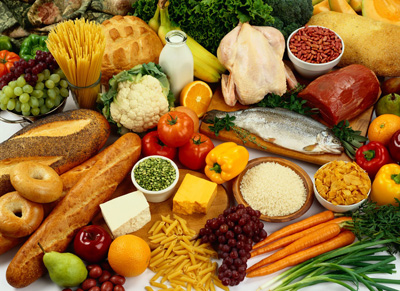 and the studies that have been done almost all have defects of some kind.

In other words, what follows are some thoughts I’ve gathered over the years, not a crusade to convince you I’m right. And it’s strictly about what’s healthy to eat, not what’s good for the planet. Take it for what it’s worth.

Salt is perhaps the most personal subject to me. My father had a stroke when I was a teenager, and his doctor told him he needed to watch his salt intake. Ever since then, I’ve watched mine too. As it happens, this wasn’t a big sacrifice: I don’t eat a lot of prepared foods, which are usually loaded with salt, and I’ve never felt the need to heavily salt my food.

Nevertheless, last year my doctor told me she was worried about my sodium level. I misunderstood at first, and figured that I needed to make additional efforts to cut back. But no. My serum sodium level was too low. What’s more, it turns out that most Americans consume a safe amount of sodium. The usual recommendation is to keep sodium intake below 2400 mg per day, but the bulk of the evidence suggests that twice this much is perfectly safe for people who don’t suffer from hypertension. (And even the recommendations for people with hypertension might be more restrictive than they need to be.)

Then there’s cholesterol. I guess I don’t have to say much about that: the evidence is now so overwhelming that even the U.S. government’s top nutrition panel announced a couple of weeks ago that dietary cholesterol was no longer a “nutrient of concern” in its latest guidelines. Go ahead and have an egg or three.

Finally, there’s saturated fat. The same nutrition panel that decided cholesterol is OK didn’t ease up its recommendations on saturated fat. But I’m increasingly skeptical of this too. Interestingly, Aaron Carroll is skeptical too:

As the guidelines have recommended cutting down on meat, especially red meat, this meant that many people began to increase their consumption of carbohydrates.

Decades later, it’s not hard to find evidence that this might have been a bad move. Many now believe that excessive carbohydrate consumption may be contributing to the obesity and diabetes epidemics. A Cochrane Review of all randomized controlled trials of reduced or modified dietary fat interventions found that replacing fat with carbohydrates does not protect even against cardiovascular problems, let alone death.

….It is frustrating enough when we over-read the results of epidemiologic studies and make the mistake of believing that correlation is the same as causation. It’s maddening, however, when we ignore the results of randomized controlled trials, which can prove causation, to continue down the wrong path. In reviewing the literature, it’s hard to come away with a sense that anyone knows for sure what diet should be recommended to all Americans.

Randomized trials are the gold standard of dietary studies, but as I said above, they’re really, really hard to conduct properly. You have to find a stable population of people. You have to pick half of them randomly and get them to change their diets. You have to trust them to actually do it. You have to follow them for years, not months. Virtually no trial can ever truly meet this standard.

Nonetheless, as Carroll says, the randomized trials we do have suggest that red meat and saturated fat have little effect on cardiovascular health—and might actually have a positive effect on cancer outcomes.

At the same time, increased consumption of sugars and carbohydrates might be actively bad for us. At the very least they contribute to obesity and diabetes, and there’s some evidence that they aren’t so great for your heart either.

So where does this leave us? As Carroll says, the literature as a whole suggests that we simply don’t know. We’ve been convinced of a lot of things for a long time, and it’s turned out that a lot of what we believed was never really backed by solid evidence in the first place. So now the dietary ship is turning. Slowly, but it’s turning.

For myself, I guess I continue to believe that the key is moderation. Try to eat more fresh food and fewer packaged meals. That said, there’s nothing wrong with salt or saturated fat or cholesterol or sugar. None of them need to be cut down to minuscule levels. You don’t need to limit yourself to two grams of salt or eliminate red meat from your diet. You can eat eggs and butter and steak if you want to. You should watch your sugar and carb intake, but only because so many of us consume truly huge quantities of both. In the end, all of these things are OK. They simply need to be consumed in moderation.1

Can I prove that? Nope. But it’s what I believe these days.

1Needless to say, none of this applies to people with specific conditions that require dietary restrictions. Listen to your doctor!