A few days ago Justin Wolfers passed along some new research showing that growing up in a good neighborhood has immensely positive effects on future success:

I will start with the smaller of their two studies….The findings are remarkable….The children who moved when they were young enjoyed much greater economic success than similarly aged children who had not won the lottery….The sharpest test comes from those who won an experimental housing voucher that could be used only if they moved to low-poverty areas. Here the findings are striking, as those who moved as a result of winning this voucher before their teens 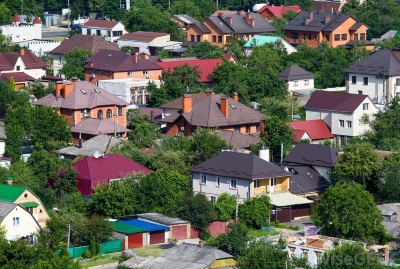 went on to earn 31 percent more than those who did not win the lottery. They are also more likely to attend college.

….It is rare to see social science overturn old beliefs so drastically. It happened because these scholars returned to an old experiment with a fresh perspective, based on the idea that what matters is how long children are exposed to good or bad neighborhoods. But is this the right perspective?

Here’s where the second study is critical. While the conclusions of the Moving to Opportunity project are based on following only a few thousand families, Mr. Chetty and Mr. Hendren use earnings records to effectively track the careers and neighborhoods of five million people over 17 years.

Instead of contrasting the outcomes of families in different areas — which may simply reflect different families choosing to live in different areas — they can track what happens to families when they move….Their findings are clear: The earlier a family moved to a good neighborhood, the better the children’s long-run outcomes. The effects are symmetric, too, with each extra year in a worse neighborhood leading to worse long-run outcomes. Most important, they find that each extra year of childhood exposure yields roughly the same change in longer-run outcomes, but that beyond age 23, further exposure has no effect. That is, what matters is not just the quality of your neighborhood, but also the number of childhood years that you are exposed to it.

A crucial advantage of this analysis is that it follows the children through to early adulthood. This matters because a number of recent studies have shown that interventions have effects that might be hard to discern in test scores or behavioral problems, but that become evident in adulthood. The same pattern of years of exposure to good neighborhoods shaping outcomes is also apparent for college attendance, teenage births, teenage employment and marriage.

This may all seem obvious to you—of course good schools and good playmates matter a lot—but professionals in this field have long believed that quality of parenting is by far the most important factor in a child’s success. This is a popular and comforting notion that Judith Rich Harris effectively demolished more than a decade ago in The Nurture Assumption, but it hangs on tenaciously anyway. Nor do you have to buy Harris’s theories hook, line, and sinker to believe she has the basic shape of the river correct. For example, I happen to think she underplays the evidence that good parenting matters. But not by much. The simple fact is that kids pick up cues about how to act far more from the collective influence of friends, siblings, teachers, TV, babysitters, and others than they do from their parents. It’s hardly even a fair contest. As I put it a few weeks ago:

This means that the single biggest difference you can make is to be rich enough to afford to live in a nice neighborhood that provides nice playmates and good schools.

This, unfortunately, doesn’t make things any easier for policymakers. Teaching good parenting skills may be a monumental challenge, but it’s no less monumental than somehow conquering poverty and making sure every child grows up in a good neighborhood. There are no easy answers. But at a minimum, it’s always better to at least make sure we’re pointed in the right direction.