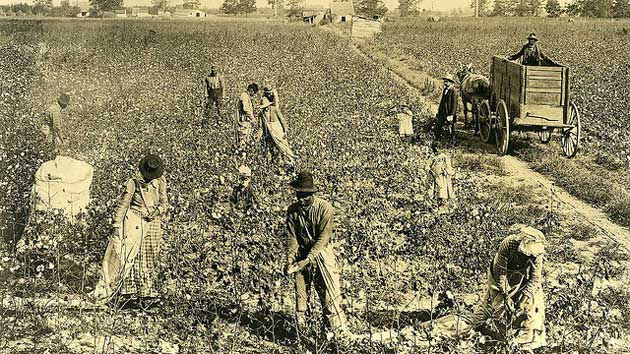 While Kevin Drum is focused on getting better, we’ve invited some of the remarkable writers and thinkers who have traded links and ideas with him from Blogosphere 1.0 to this day to contribute posts and keep the conversation going. Today we’re honored to present a post from Ryan Cooper, national correspondent for the Week.

The next several years will see a rolling 150th anniversary of Reconstruction, my favorite period in American history. From about 1865 to 1877, American society as a whole tried reasonably hard to do right by the freed slaves, before getting tired of the effort and abandoning them to the depredations of racist terrorism. For the next nine decades, black Americans had few if any political rights under the boot heel of Jim Crow.

It’s both a shining example of what can happen when a society really tries to right a past wrong, and tragic, infuriating failure of will. But most of all it’s very interesting. Things were changing, social orders were being overthrown, historical ground was being broken. At a time when few nations had any suffrage at all, roughly 4 million freed slaves got the vote in a single stroke, perhaps the single starkest act of democratic radicalism in world history.

So it’s weirdly fascinating to read conservative historiography of the 19th century, such as this piece by Robert Tracinski at the Federalist, as an example of how Darryl Worley-style historiography irons all the best parts out of American history.

He’s interested in trying to prove that a “non-coercive” economy is possible, by which he means that taxes and spending could be dramatically lower than they are today. Thus he charts government spending as a percentage of GDP, finds that it was pretty low for most of the 19th century, and claims victory:

What the left wants is not just to make America’s economic history disappear. It needs to make America’s political system disappear: to make truly small, truly limited government seem like a utopian fantasy that can safely be dismissed. Please bear in mind that this latest example came up in the context of a discussion about the justification for government force. So what they want to describe as an unrealistic fantasy is a society not dominated by coercion.

One might think that when writing a paean to a noncoercive century, it might be a good idea to address the fact that for 60 percent of that century, it was government policy that human beings could be owned and sold like beasts, or that half or more of the national economy was based on that institution. But no, the word “slavery” does not appear in the piece. Neither does “Civil War” or “Reconstruction,” which as a literal war against and military occupation of the South would seem fairly coercive.

So speaking of the 19th century as one notably free of coercion is not just utterly risible, it’s also a cockeyed way to look at what was good or bad about it. The economy of the antebellum South was founded on the labor of owned human beings, extracted through torture. Slave masters set steadily increasing quotas for cotton picking, for instance, and would flog slaves according to the number of “missing” pounds. As Edward Baptist writes, they thus increased the productivity of slave cotton-picking by nearly 400 percent from 1860 to 1865.

It was akin to the Gulag system of Soviet Russia, except that it had all the power of the red-hot Industrial Revolution, including cutting-edge financial technology, behind it. That combination of slavery plus explosive economic growth and innovation made the antebellum South one of the most profoundly evil places that has ever existed — one that was an absolutely critical part of early industrial growth in both Britain and the North.

But on the other hand, the war that ended slavery, despite involving coercion in the form of organized mass killing, was therefore good! And so was Reconstruction, even though that involved extremely harsh measures against the likes of the KKK. Whether coercion is good or bad depends on just who is being coerced and why.

And that, in turn, puts the lie to conservative complaints that liberals always “blame America first.” On the contrary, grappling with the pitch-black periods of history makes the positive notes shine all the brighter. As Ta-Nehisi Coates has written, the “epoch of slavery is…the quintessential romance of American history.” It’s just a romance difficult to detect in the GDP statistics.