I’ve long been conflicted about China’s prospects for the future. On the one hand, their growth rate has been impressive over the past few decades, and their long-term growth seems to be reasonably well assured too. But there are clouds on the horizon. Demographics are one: China is getting older, and by 2030 nearly a quarter of the country will be elderly. There’s also a problem that’s inherent to growth: As China gets richer and more middle class, their labor costs will rise, eliminating one of their key attractions to Western manufacturers.

But what about the short term? That’s starting to look problematic too. China’s stock markets have been on a massive, bubblicious tear recently, none more so than the exchanges that specialize in tech companies. 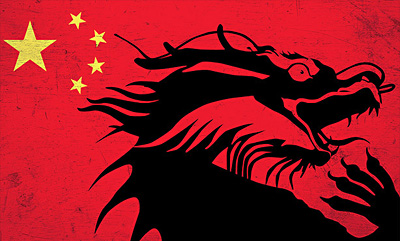 Matt O’Brien speculates about the underlying cause of this mania:

Why are China’s stock markets partying like it’s 1999? Well, part of it is that China’s housing bubble might be bursting—new home prices fell 5.1 percent in January—and the only other place people can put their money is in stocks. Another part is that China’s state-owned media companies have been saying for months that stocks look cheap, and people are listening. Especially people who haven’t graduated from high school. Indeed, 67 percent of China’s new stock investors don’t have a high school diploma. And now that China has cut interest rates so much—and looks like it will keep doing so—they can borrow money to buy as many stocks as they want. And that’s a lot. So-called margin accounts, which let people do this, more than doubled in 2014, and, even though brokerages have tightened their terms a bit, they’re still growing.

So whether you want to call this a boom, a bull market, or a mania doesn’t really matter. A bubble by any other name will pop just as much.

The best-case scenario is probably that China’s central bank manages to engineer a fairly normal cyclical recession, which will be mild and short-lived. The worst-case scenario is that borrowing is fueling more of this boom than we think, and China will shortly experience a bursting property and stock bubble that will look an awful lot like the one we went through in 2008.

Still, I will say one thing in China’s favor: a lot of analysts have been predicting a crash for a long time, and somehow China’s economy just keeps rolling along. On the other hand, to paraphrase Keynes, bubbles can last a helluva lot longer than you’d think. But eventually they all burst anyway.

So color me nervous about China. At the same time, keep in mind that all I know is what I read in the papers. I might be totally off base with my concerns.