Via Brad DeLong, I see that Matt Bruenig has finally taken on a question that’s bugged me for years. The question, in a nutshell, is this: Adjusted for inflation, would you rather live today with an income of $30,000 or back in the 1980s with an income of $60,000?1 Would the extra income be enticing enough to persuade you to give up 300 channels of high-def TV, cell phones, and universal access to the internet?

Now, the reason for asking this question usually has something to do with how we measure inflation. If you answer no—that is, you’d prefer today’s world even with a lower income—it suggests that our inflation measures are inadequate. I mean, you’re saying that $30,000 today buys more satisfaction than $60,000 in 1980 even though these are real, inflation-adjusted numbers. In other words, people today are quite a bit better off than official figures suggest. Officially, if your income had dropped 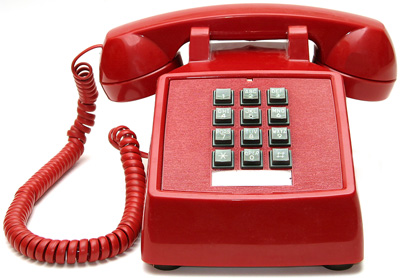 in half over the past three decades, you’d be in dire shape. But in fact, this thought experiment suggests you’re actually happier. So maybe income hasn’t dropped in half in any practical sense.

This becomes meta-meta-economic very fast, so it’s best not to get wound up in it right now. Because the thing that’s always bugged me about this question is not so much its philosophical implications, but that it asks someone today what they’d think of living in the past. But that’s rigged. I grew up in the world of today. I’m accustomed to all the gadgets at hand. The idea of giving them up naturally sounds horrible.

But that’s not the only way to think of it. How about if we asked someone in 1980 about their preference. Would you rather have twice your current income, or would you rather have better TVs, portable phones, and instant access to all the information in the world? Well, these folks aren’t accustomed to all that stuff. Sure, it sounds cool, but jeez, would I really use it much? Hmmm. I think I’ll go with the extra income.

Now, if you’re still reading this, you may be nodding along a bit but nonetheless thinking that it’s all just dorm room BS. We can’t go back in time and ask people about the internet and cell phones, so what’s the point of bringing it up? There are two reasons. First, I just wish more people realized that asking this question of current consumers stacks the deck and therefore doesn’t tell us nearly as much as we think it does. Second, Matt Bruenig has come up with a clever way that kinda sorta does allow us to go back in time and ask people this question.

As he points out, we have a group of people who did indeed lead adult lives in the 80s and are still with us: senior citizens. And they can decide which technologies they want to use. So what do they choose?

Using smartphone adoption as a proxy for these people’s technological preferences, it’s clear that the people who actually lived as adults through both technological periods overwhelmingly prefer older technologies: 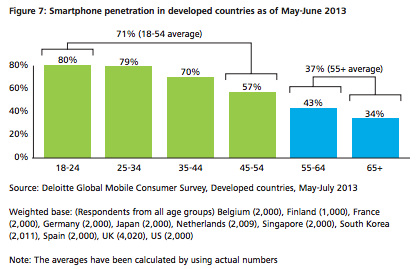 Judging from these people’s preferences, you’d have to conclude that, in fact, older technologies are preferable to newer technologies. You don’t need a hypothetical to determine whether living in the past was better: these are people who lived in the past and the present and clearly prefer the way they lived in the past, at least when it comes to the technologies that are supposed to have made life dramatically better (as incomes stagnated).

Now, this is obviously not a bulletproof comparison. Maybe old people just get stubborn, and that’s all there is to it. Or maybe cell phones are a bad comparison. Even (or especially) senior citizens would probably be unwilling to go back to the medical technology of 1980. Plainly this is not the final answer to the tech vs. money question.

Still, it’s an interesting approach, and it would be interesting to try to extend it. Behavioral economics tells us that people respond to losses much more strongly than gains, so asking people to give up something they like really is stacking the deck—especially if they have little conception of what the extra income in 1980 would gain them. People will always react far more intensely to a sure loss than to an offer of something new.

Anyway, more like this, please. For example, how about turning this around. Which would you prefer: (a) a doubling of your income right now, or (b) a world with driverless cars, internet chips implanted in your brain, and vacation flights to the moon? For a lot of people, this would not be an obvious choice at all.