The Greek drama continues. Just as it appears that Greece has capitulated to every demand short of selling off the Parthenon, one-third of the Troika1 is having second thoughts:

The International Monetary Fund threatened to withdraw support for Greece’s bailout on Tuesday unless European leaders agree to substantial debt relief, an immediate challenge to the region’s plan to rescue the country.

The aggressive stance sets up a standoff with Germany and other eurozone creditors, which have been reluctant to provide additional debt relief.

Reluctant? Yeah, I guess you could put it that way. But it would be a mite more accurate to say that it will be a cold day in hell before Angela Merkel agrees to any debt relief for Greece.

In any case, there’s a weird kabuki-like character to this whole thing. Everybody agrees that Greece will never pay back all the debt it owes. Just not gonna happen. So why don’t Greece’s creditors bite the bullet and face reality? It’s not because 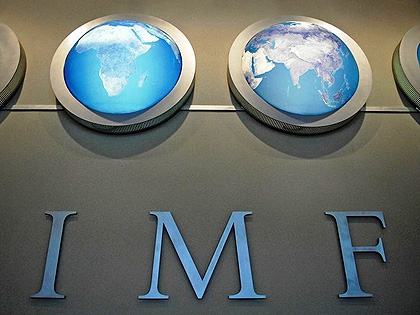 the Germans and others are stupid and don’t realize they’re never getting all their money back. It’s because….

Well, it’s not entirely clear why. Officially, Germany says that under EU treaties it’s illegal to forgive debt. I’m not sure anyone really believes that, though. Unofficially, no one wants to write down the debt because it’s the thing that keeps Greece under the EU lash. The only reason Europe can demand draconian austerity measures from Greece is because they can threaten to withhold the loans Greece needs to keep servicing its massive debt. This would throw Greece into default and economic chaos—which is precisely the threat that forced Greece to accept the European terms for a new bailout a few days ago.

Still, why not write down a big chunk of the debt? There would still be enough left to keep Greece under control. This is where things get even fuzzier. One answer is that it sets an uncomfortable precedent. If Greece gets a big debt writedown, why shouldn’t Portugal and Spain and Italy? Another answer is that the size of the Greek debt really does matter, if only cosmetically. Europe wants Greece to cut its spending and run a balanced budget. The bigger Greece’s debt service, the more it has to cut spending to achieve balance.

Does any of this make sense? Sure, from a certain point of view—namely that of a European public that’s fed up with Greece and doesn’t want its leaders using their tax dollars to pull Greece’s fat out of the fire. But the IMF doesn’t have to worry about European public opinion. It wants to face reality and just admit what everyone already knows. And here’s the reality. First, even with a big writedown, Greece will still be safely under the Troika’s thumb. Second, from an economist’s perspective all that matters about Greece’s finances is that it achieves primary budget balance—that is, balance not counting debt payments. So the IMF doesn’t care about squeezing the Greek budget beyond all reason based on an artificial debt number.

In any case, the IMF has supported debt relief for some time, but has only now decided to go public as a way of exerting pressure on Europe. Will it work? No telling. As always, stay tuned. The soap opera never ends.

1For those of you who haven’t been following this stuff religiously, the Troika consists of the EU, the European Central Bank, and the IMF. These are the three entities that Greece owes money to.