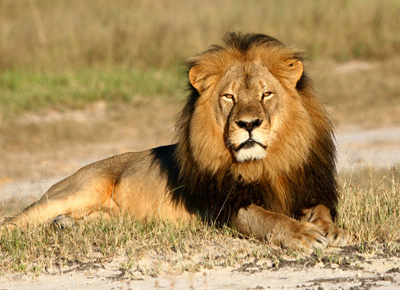 Max Fisher argues that the social media jihad against Walter Palmer, the Minnesota dentist who killed Cecil the lion, is wildly out of control:

Web users uncovered Palmer’s personal information, including about his family, and published it online. They went after his business, a private dental practice, posting thousands of negative reviews on Yelp and other sites. The practice has since shut down. Users also went after professional websites that host his profile, leading the sites to remove his information. On Twitter and on his practice’s public Facebook page, people made threats of physical violence.

….Maybe you loved Cecil the lion, and believe that Palmer deserves all of this suffering. Maybe you believe that his family and employees also deserve to have their livelihoods threatened. But even if you believe that this particular mob made the correct decision in both identifying the targets and meting out punishments, the way its members reached these decisions — arbitrarily, based on what they thought would feel good to punish — should worry you.

Social media is, famously, decentralized. With a few exceptions, this means that every individual blast at Palmer is just that: one person getting something off their chest. The problem is that there’s no governor on a decentralized attack like this, no one leading the charge. That means it can easily spiral into a lynch mob regardless of whether anyone meant it to in the first place.

But mob justice, Fisher says perceptively, “is not primarily about punishing the crime or the criminal, but rather about indulging the outrage of the mob and its thirst for vengeance. Sometimes that leads the mob to target people who perhaps legitimately deserve punishment, but typically it does not. And there is no reason to expect it to. That’s not what mobs are about.” That’s right. Too often, mob justice is flatly misdirected, and even when it’s not, it’s frequently far out of proportion to the offense.

Before the internet, for example, if a university student said something stupid, it would cause a few days of distress among a smallish group of people. Lesson learned. Young people say dumb things all the time. Today, if the student is unlucky, it becomes a social media virus. Within a few days the entire world knows about it and the student is a pariah. This is far out of proportion to the offense. And it’s even worse, as Fisher says, when the outrage is misdirected completely, as in the case of Sunil Tripathi’s family, which was terrorized for weeks after the Boston bombing by a mob convinced he had been a part of the plot—which supposedly explained why he had gone missing. But it turned out that his absence was actually explained by something else: he had committed suicide.

Maybe Walter Palmer deserves what he’s gotten, maybe he doesn’t. But I doubt the internet mob actually cares. It’s just a spectacle, and when they get bored they’ll train their sights on whatever the next shiny object is. Maybe it’s somebody or something that deserves the spotlight. Maybe it’s not. Who cares, right? I mean, have you seen the asshole in that video?