Over at National Review, Charles Cooke writes about the gruesome murder of WDBJ reporters Alison Parker and Adam Ward on Wednesday:

As I have written over and over again during the last few years, I do not believe that we can learn a great deal from the justifications that are forwarded by public killers….Mine, however, is not the only view out there. Indeed, there is a sizeable contingent within the United States that takes the question of what murderers purport to believe extremely seriously indeed. It is because of these people that we had to examine “toxic masculinity” in the wake of the Isla Vista shooting….[etc.]

….Half-joking on Twitter, the Free Beacon’s Sonny Bunch reacted to this news by observing that, “instead of going on a killing spree, this guy should’ve gotten a columnist gig at the Guardian.” As with all humor, there is some truth at the root of this barb….For what reason is this 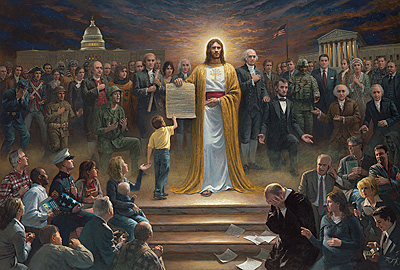 guy exempt? Why do we not need to have a “national conversation” about hypersensitivity?

The answer, I imagine, is politics, for this instinct seems only to run one way.

Generally speaking, I agree with Cooke. Crazy people are always going to find something to justify their worldview, and they’re going to find it somewhere out in the real world. The fact that any particular crazy person decides to have it in for the IRS or Greenpeace or women who laughed at him in high school doesn’t mean a lot. It only becomes meaningful if some particular excuse starts showing up a lot. Beyond that, I even agree that the culture of hypersensitivity has gotten out of hand in some precincts of the left.

That said….is Cooke kidding? This instinct only runs one way? After the Columbine massacre in 1999, Newt Gingrich denounced the “liberal political elite” for “being afraid to talk about the mess you have made, and being afraid to take responsibility for things you have done.” Conservatives have been raising Cain about the pernicious effects of Hollywood liberalism, video games, and the decline of religion for decades. Hysteria about the counterculture and liberal moral decay goes back at least to the 60s. I could go on endlessly in this vein, but I don’t want to bore you.

Complaining about the effects of liberal culture—whether on shooters specifically, crime more generally, or on all of society—has been a right-wing mainstay for as long as I’ve been alive. The left may be catching up, but it still has a ways to go.