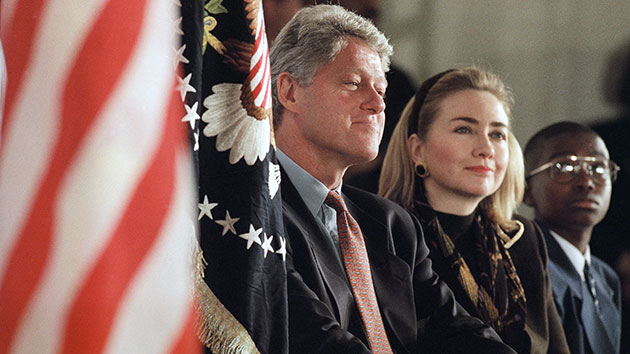 Activists from Black Lives Matter met with Hillary Clinton last week, and they came away unimpressed. Dara Lind says the disagreement was mostly about Clinton’s support for the 1994 crime bill, a centerpiece of her husband Bill Clinton’s political agenda:

The crux of the conflict is this: The activists see the 1994 crime bill, and the “tough-on-crime” agenda more generally, as “extensions of white supremacist violence against communities of color.” Clinton agrees with them that the criminal justice system needs to be reformed, but refuses to accept that characterization of the bill.

Both Bill and Hillary accept that, in retrospect, the crime bill was probably misguided. But Lind points out that at the time, there was plenty of support for it in the black community:

This is an important point: Many black Americans, including black leaders, welcomed “tough-on-crime” policies as a way to protect their communities. A majority of the Congressional Black Caucus voted for the 1986 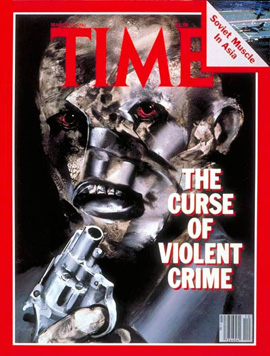 law that created the sentencing disparity between crack and powder cocaine. And in 1994, it was the CBC that saved President Clinton’s crime bill after an unexpected loss on a procedural vote.

This is a history that’s been largely forgotten, partly because many of these leaders regret their positions now or—like former Rep. Kweisi Mfume—deny that they supported the bill at all. And in fairness, there was plenty of black opposition to tough-on-crime policies. There are probably good questions to ask about who is trusted to speak for black communities, and whether black leaders felt politically pressured to denounce the crime in their midst as a condition of being taken seriously…

By 1994, the crime wave had already peaked; the crime rate was starting a quarter-century of decline. Increased incarceration is responsible for a small fraction of that—but by 1994, the people being put in prison, on the margin, had long since stopped being the people who posed a serious threat. The suffering caused by the bill wasn’t a caveat, it was the primary consequence of its passage.

There’s an important point here, one that I became more deeply aware of when I wrote about childhood lead poisoning and violent crime a couple of years ago. Here it is: There really was a huge crime wave in the ’70s and ’80s. And it wasn’t uncommon for liberals to downplay this at the time, something that turned out to be a political disaster for liberalism. That’s because the crime wave wasn’t a myth, and it wasn’t made up. Rape, assault, and murder skyrocketed far above their previous highs, and inner-city neighborhoods were especially hard hit. This is the reason that so many black leaders supported tough-on-crime bills of various sorts.

And while Lind is right that violent crime had peaked and was starting a long descent by 1994, no one knew it at the time. The peak had only happened a couple of years before, and there was no reason to think a small drop in a single year or two was significant. So it’s not right to say that the people being put in prison in 1994 had “long since” stopped posing a threat. They posed a plenty big threat, and literally everyone who studied crime at the time thought they’d continue to do so for years. At the time, there was simply no reason to think violent crime was about to plummet.

Now, everyone knows my take on this: Both the rise and subsequent fall of violent crime was largely due to childhood lead poisoning caused by lead paint and leaded gasoline. Tough-on-crime measures, it turns out, probably didn’t contribute much to the fall in crime during the ’90s 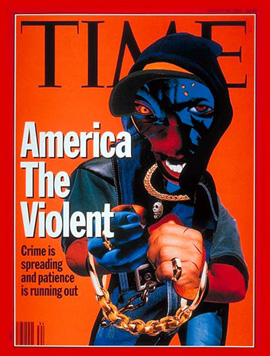 and aughts. But again, at the time no one knew this. In 1994 no one had even an inkling that lead might be the culprit for high crime rates.

This in no way takes race out of the crime picture. It just explains it. Black crime really did soar during the crime wave, and the reason was simple: Black families lived disproportionately in inner cities, where both lead paint and exhaust fumes from cars were rife. Racism is behind this everywhere. Black people lived in these neighborhoods in the first place largely because of redlining and racial animus. The neighborhoods then became worse because politicians built highways through them (the richer, whiter communities fought them tooth and nail). And they were never cleaned up because no one wanted to spend money on them. Paint and automobile lead poisoned black kids at a higher rate than white kids, and the result was higher black crime rates.

But while I hate to be a broken record, no one knew this at the time. And in a way, it didn’t matter. Even if we had known lead was responsible, it wouldn’t have changed anything. Once the damage was done, it was done. And no matter what caused it, nobody wanted to let rapists and murderers roam the streets.

This was a long and rambling way of getting to my final point. Lind suggests intent doesn’t matter. Something is racist if it has racist consequences. But I think you have to be pretty careful about that. Lind is right that, whether racially inspired or not, it’s important to face structural racism clearly and work relentlessly to overcome it. Nonetheless, intent does matter. Calling someone racist does nothing except make matters worse unless they really do have racist intent.

So was the 1994 crime bill racist in intent? No. Many black leaders, including black mayors who faced rising crime rates daily, supported it. Violent crime really was a huge problem—and it really was especially severe in black communities. Nobody at the time knew lead might be the culprit for this, so they had to address it as best they could given what they believed. So they did. The 1994 crime bill was not a white supremacist project. It was a crime bill.

At the end of her piece, Lind argues that Hillary Clinton “doesn’t need to show she’s changed her heart. But she does need to show that she has learned, and changed her mind.” This puzzles me. Clinton has defended her support of the 1994 crime bill given what she knew at the time, but she has also proposed criminal justice reforms that make it clear she has learned and has changed her mind. If those reforms are insufficient, fine. Fight for more. But both Clintons have made it clear that their views on crime have changed. There’s simply no excuse for pretending that either one of them was involved in a conspiracy of “white supremacist violence” against black communities.