Among the many (many, many) catastrophes predicted by opponents of Obamacare was that a lot of workers would find their hours reduced against their wishes. Why? Because Obamacare requires firms to provide health insurance only to employees who work 30 hours or more. So lots of companies would do their best to reduce worker hours to 29 or less in order to avoid having to pay for health coverage.

Unlike a lot of the gloomy scenarios tossed out by Obamacare opponents, this one wasn’t entirely ridiculous. Any employer mandate is going to have a cutoff somewhere, and there really is an incentive for companies to drop as many workers as possible below that cutoff. So it’s something that can only be settled by actual research. 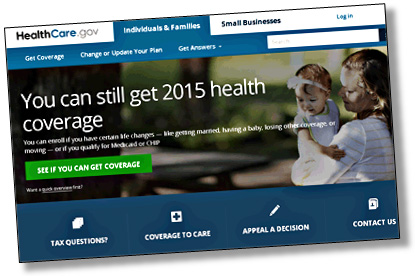 The question is: was there an increase between 2013 and 2014 of workers just under the 30-hour threshold? Max Ehrenfreund surveys a few recent studies and says the answer is no:

Analysts at ADP studied the payrolls of the firms’ clients, about 75,000 U.S. firms and organizations. They expected that as businesses prepared for the mandate to take effect, they would adjust their employees’ schedules, limiting them to no more than 30 hours a week. Yet ADP found no overall change in employees’ weekly schedules between 2013 and last year.

According to ADP’s analysis, shifts in scheduling were trivial in every sector of the economy, even in industries that rely heavily on part-time work, such as leisure and hospitality.

….ADP’s findings were confirmed in another study by Aparna Mathur and Sita Nataraj Slavov of George Mason University and Michael Strain of the conservative American Enterprise Institute.

Their paper, published this month in the journal Applied Economics Letters, uses data from the federal Current Population Survey and finds no statistically significant change in the proportion of part-time workers in the sectors most likely to be affected by Obamacare, such as janitorial and restaurant work.

A third study confirmed these findings, and also found that eligibility for Medicaid didn’t discourage people from holding down a job (since they no longer needed a job in order to get health insurance). The study found no difference between states that expanded Medicaid and those that didn’t.

Why does it turn out that employers didn’t cut their workers’ hours? One possibility is that a year isn’t long enough for a study like this. Maybe over the next few years, as the cost of the mandate becomes clearer, companies will start getting more aggressive about cutting worker hours.

But I’d offer another possibility: the mandate didn’t have a big effect because most companies already do something like this on their own. They offer health insurance as a standard benefit only to full-time workers, and the cutoff for full-time status is usually somewhere between 25 and 35 hours. So when the mandate came along, it just didn’t change anything for most employers.

This is why two of the studies looked specifically at things like hospitality and restaurant work. These are sectors where employers (a) already maintain highly variable schedules and (b) mostly didn’t offer health insurance at all prior to Obamacare. When the mandate came along, these folks were faced with a sudden additional cost, but one that they could reduce pretty easily reduce by limiting schedules to less than 30 hours. And yet, even there the researchers found no change—or at least, no change large enough to measure.

This is not the final word, but it’s the best we have right now. Three research teams, including one not especially sympathetic to Obamacare, have all found the same thing: Obamacare isn’t a job killer. Nor is it even a schedule killer. Life goes on normally, except for the fact that millions of people now have health insurance who didn’t before.