Skip the investigations, win the election

I’m all for demonstrating malfeasance. But the GOP House has given a five-year display of its inability to successfully demonstrate anything…. Operation Fast and Furious….IRS….Planned Parenthood….Benghazi.

….In each of these cases, Republicans had the facts and the argument. And yet in every one, they failed. What makes them think that they will fare any better in the next iteration, the impeachment of a minor official in an expiring administration?

Krauthammer is a hardcore conservative, but he’s also a very high-IQ conservative. So this makes me wonder: does he really believe this? Or does he know it’s baloney but figures he needs some kind of acceptable cover to get Republicans 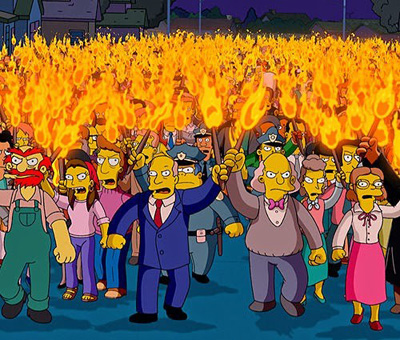 off their Ahab-like zeal for investigating nothingburgers?

As I’m sure Krauthammer knows, the problem Republicans have with their mania for investigations is that what’s turned out to be scandalous wasn’t high-ranking, and what was high-ranking wasn’t scandalous. Fast & Furious was scandalous, but it was a local botch. The IRS was slightly scandalous, but never went beyond middle management. Planned Parenthood did nothing wrong at all. And Benghazi—well, that reached the very highest levels, but there’s just no scandal to be uncovered. There may have been some bad security decisions, but the evidence of malfeasance by anyone in the Obama administration is all but nonexistent.

Anyway, it probably doesn’t matter. All through the Clinton administration and now the Obama administration, Republicans have been fixated on uncovering the scandals they just know have to be out there. But the plain truth is that Obama has run perhaps the cleanest administration in modern history. It’s actually sort of remarkable. There’s plenty of stuff you can legitimately disagree about with him, but there’s been virtually no scandal of the conventional sort.

Either way, though, Krauthammer is probably right. The latest obsession in the House is to impeach the head of the IRS. It’s idiotic because he did nothing wrong, and it’s doubly idiotic because it would never pass in the Senate. It devalues the whole notion of impeachment and makes Republicans look like crackpots.

Then again, PPP recently polled Republicans in North Carolina, and 66 percent supported the idea of impeaching Hillary Clinton “the day she takes office.” This is the conservative movement people like Krauthammer have built. It can hardly come as a surprise to him that their primary mode of governance now consists mostly of an endless quest for malevolent phantoms that Krauthammer and his buddies have been assuring them all along are out there.