….Mr. Malloy agreed there can be mix-ups on those lists and said there will be “an appropriate appeal process” but he “would rather the appeal be after a denial” rather than before a firearm has been issued.

For a while, this business of people on watch lists still being allowed to buy guns was just a political football and I ignored it. Like most of these things, I figured a bunch of hot air would be expended 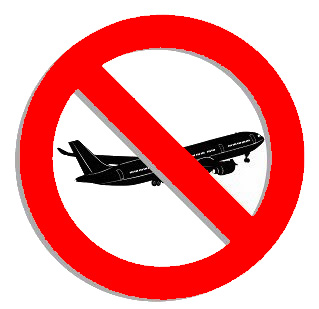 and then we’d move on to a new shiny toy when we got bored.

But now it’s turning real, and that makes it harder to ignore. It doesn’t matter if you like the fact that the US Constitution and the Supreme Court have granted us all a right to own and carry firearms. They have. It’s a right. And it shouldn’t be taken away without due process.

But federal watch lists are practically the opposite of due process. They’re famously arbitrary and secret. Some agent somewhere decides you sound dangerous, and suddenly you can’t fly on airplanes anymore. As for an “appropriate appeal process,” a judge ordered the government last year to tell people if they were on the no-fly list and, if possible, why. But they’re still not doing it. Let’s listen in on US Attorney Brigham Bowen back in court yesterday:

Bowen argued that the government had no obligation to tell people why they were placed on the list.

“Government is not required in name of due process to put its national security at risk,” he said. “The plaintiffs’ interest must necessarily give way.”….The FBI’s Terrorist Screening Center, which operates the list, won’t reveal the evidence against those on the list, allow them to question witnesses or challenge the findings in court.

This is disgraceful. Hold a secret hearing if you must. Maybe it will turn out that 99 percent of the folks on the no-fly list deserve to be there. But this can’t just be a black hole that people are dropped into and can never get out of. There needs to be some sort of due process, even if it’s not a full-blown trial.

In any case, it’s bad enough that we strip people of their right to fly using a system that’s well known to be arbitrary, secret, and basically unappealable. It’s appalling to take this atrocity a step further and strip them of constitutional rights based on the same system. It’s time for this nonsense to stop.

UPDATE: Greg Sargent has more here. Democratic Rep. Mike Thompson is leading the charge to implement this on the federal level. Thompson seems to think that an appeals process will make this all hunky dory. And I suppose it might, if the appeals process were speedy and fair. But it’s rather plainly not.