A few years ago New York City started an anti-crime program called J-RIP. The basic idea was simple: find kids who were on the edge of trouble and “make them radioactive.” Smother them with so much attention that they’re isolated from friends with whom they commit crimes. “At the same time, officers seek to forge relationships with the teenager’s family, drawing them in with perquisites like a hand-delivered turkey on Thanksgiving Eve and toys and brand-name sneakers for younger siblings.”

It sounds like a good idea, but like a lot of good ideas it apparently didn’t work. This isn’t uncommon. Crime is a tough nut to crack, and you need to try lots of good ideas before you find the ones that are truly effective. Of course, this also means you need to be willing to 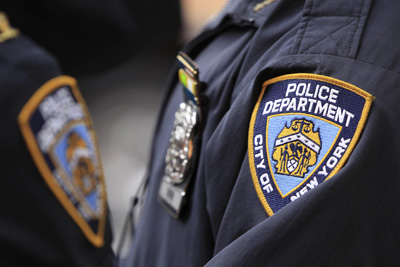 jettison ideas that aren’t effective. And according to the New York Times, J-RIP didn’t work and the police department knew it:

That was the conclusion of a damning internal Police Department report in November 2014….But instead of making changes based on the report, which studied arrest patterns over several years among teenagers in the program and comparable teenagers outside of it, the department is pressing forward with an expansion.

….The Times obtained a copy of the report via a state Freedom of Information Law request; the statistics were visible but a paragraph of conclusions and several other sentences were blacked out. Two people with direct knowledge of the results said the blacked out portions spelled out the actual findings — that the numbers showed no measurable effect on recidivism — but also included the suggestion that the program could nevertheless be useful as an outreach tool.

….“I think it’s safe to say that the report gave the department pause,” said Zachary Tumin, the Deputy Commissioner of Strategic Initiatives, whose office conducted the analysis at Chief [Joanne] Jaffe’s request….But instead of revisiting its approach based on the findings of its own report, the department forged ahead last year with an expansion into a new area, the 114th Precinct in northwestern Queens, which includes Astoria and Long Island City.

This is sadly normal: people get so invested in an idea that they simply won’t accept evidence that it doesn’t work. Councilwoman Elizabeth Crowley, for example, is a big supporter of J-RIP and says she remains a supporter. “How can greater surveillance not have any effect?” she asked.

How indeed? That’s a very good question. And maybe J-RIP still has value. Maybe it can be changed to become effective. Maybe two years just isn’t a long enough period to see results. Maybe. But if you ignore your own evidence—it was Chief Jaffe herself who requested the report—you have scant chance of ever improving things.