Several years ago, my father-in-law was in the end stages of multiple myeloma. He was a retired doctor, and he knew what was coming. So one night he called us all over to his house, said his last goodbyes, and then went into his bedroom and took his own life.

But Harry died before he had to. Assisted suicide was illegal in California at the time, and he was afraid he might soon lose the physical ability to take his life. And he almost died alone. Until a friend talked him out of it, he had decided not to tell any of us beforehand, out of fear that we might be held responsible for assisting him.

Now I’m the one with multiple myeloma. I’m still years away from having to make the decisions Harry did, but when my time finally does come, I have an option that he didn’t: legal, doctor-assisted suicide thanks 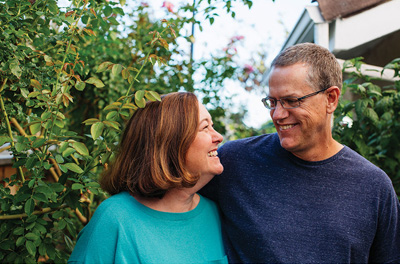 When I’m within six months of death, I can ask my doctor for a prescription sedative that will kill me on my own terms—when I want and where I want. Will I ever use it? I don’t know. I suspect that taking your own life requires a certain amount of courage, and I don’t know if I have it. Probably none of us do until we’re faced with it head-on.

But either way, I won’t have to die before I want to out of fear that I’ll lose the capacity to control my own destiny if I wait too long. Nor will I have to die alone out of fear that anyone present runs the risk of being hauled in by an overzealous sheriff’s deputy. I’ll be able to tell my wife I love her one last time. I can take her hand and we can lie down together on our bed. And then, slowly and peacefully, I’ll draw my last breaths.

I don’t want to die. But if I have to, this is how I want it to happen. I don’t want a “suicide party,” but neither do I want to suffer needlessly for months. Nor do I want to cause other people any more pain than I have to. I want to go out quietly, with my loved ones at my side.

Please read the whole thing. Doctor-assisted suicide is not a simple issue. There are legitimate fears about how it will be used and what it might lead to—and it’s not for everyone. In fact, the evidence suggests that it will never be used by more than a few percent of terminal patients. But I’m convinced that, for those who do want it, it’s simply a better, more humane way to treat our fellow human beings.