The Pentagon wants more troops for the fight against ISIS:

Pentagon officials have concluded that hundreds more trainers, advisers and commandos from the United States and its allies will need to be sent to Iraq and Syria in the coming months 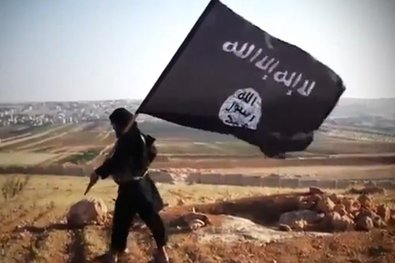 as the campaign to isolate the Islamic State intensifies.

….With the liberation of the Iraqi city of Ramadi last month, coupled with recent gains in northern Syria, senior military leaders say that the war effort can now focus on isolating — and then liberating — the Islamic State-held cities of Mosul in Iraq, and Raqqa in Syria. “The reason we need new trainers or additional trainers is because that’s really the next step in generating the amount of combat power needed to liberate Mosul,” Col. Steve Warren, the spokesman for the American military in Baghdad, said last week. “We know we will need more brigades to be trained, we’ll need more troops trained in more specialties.”

….The United States has had little success in persuading allies to provide more troops. But Mr. Carter and General Dunford do not want the United States to be the only source of more forces. With ISIS posing a threat to European countries, they are trying again.

I will note a couple of things. First, the Pentagon didn’t call for carpet bombing of ISIS strongholds. Perhaps they know something that Ted Cruz doesn’t? Second, the US has tried repeatedly to get more support from our allies, including those in the Middle East, and gotten nowhere. Some of them are willing to contribute a little bit of air power, but that’s it. None of them have any interest in providing troops. But perhaps Ted Cruz knows the magic words to change their minds.

Last night Cruz said his enthusiasm for carpet bombing wasn’t just tough talk. “It is a different, fundamental military strategy than what we’ve seen from Barack Obama.” Uh huh. In reality, it’s as much a “strategy” as Donald Trump’s call to “bomb the shit out of them.” It’s nothing more than big talk with nothing behind it. The Pentagon has no interest in this because they know it would be useless. They have a hard time finding enough worthwhile targets as it is.

However, there’s something that hasn’t gotten enough attention in all this: Cruz and Trump really have tapped into Ronald Reagan’s military spirit, and I’m surprised the rest of the field hasn’t figured this out. Reagan basically talked tough and spent a lot of money, but shied away from foreign interventions. The invasion of Grenada and his support for the Contras were small things that never risked any US troops. He pulled out of Beirut when things got tough there, never committed any troops to Afghanistan, negotiated with the Iranians, and to the horror of neocons everywhere, nearly concluded an arms deal with Gorbachev in Reykjavík that would have banned all ballistic missiles.

This is what Cruz and Trump are doing. They talk tough and promise to spend a lot of money, but both of them explicitly want to avoid much in the way of serious intervention overseas. And this is popular. It’s what a lot of conservatives want. If the rest of the world wants to go to hell, let them go to hell in their own way. Bill Kristol is appalled, I’m sure, but his brand of endless intervention has never really caught on—and after Iraq and Afghanistan it’s even less popular than ever. Cruz and Trump have figured this out.