If Obama ever questioned whether America really is the world’s one indispensable nation, he no longer does so. But he is the rare president who seems at times to resent indispensability, rather than embrace it. “Free riders aggravate me,” he told me. Recently, Obama warned that Great Britain would no longer be able to claim a “special relationship” with the United States if it did not commit to spending at least 2 percent of its GDP on defense. “You have to pay your fair share,” Obama told David Cameron, who subsequently met the 2 percent threshold.

Part of his mission as president, Obama explained, is to spur other countries to take action for themselves, rather than wait for the U.S. to lead….“We don’t have to always be the ones who are up front,” he 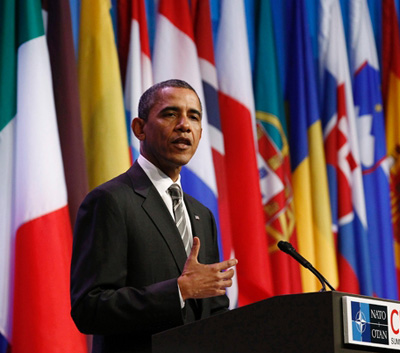 told me. “Sometimes we’re going to get what we want precisely because we are sharing in the agenda.”

….The president also seems to believe that sharing leadership with other countries is a way to check America’s more unruly impulses. “One of the reasons I am so focused on taking action multilaterally where our direct interests are not at stake is that multilateralism regulates hubris,” he explained. He consistently invokes what he understands to be America’s past failures overseas as a means of checking American self-righteousness. “We have history,” he said. “We have history in Iran, we have history in Indonesia and Central America. So we have to be mindful of our history when we start talking about intervening, and understand the source of other people’s suspicions.”

….Why, given what seems to be the president’s natural reticence toward getting militarily ensnarled where American national security is not directly at stake, did he accept the recommendation of his more activist advisers to intervene [in Libya]?

“The social order in Libya has broken down,” Obama said, explaining his thinking at the time….“At that point, you’ve got Europe and a number of Gulf countries who despise Qaddafi, or are concerned on a humanitarian basis, who are calling for action. But what has been a habit over the last several decades in these circumstances is people pushing us to act but then showing an unwillingness to put any skin in the game.”

“Free riders,” he said, and continued. “So what I said at that point was, we should act as part of an international coalition. But because this is not at the core of our interests, we need to get a UN mandate; we need Europeans and Gulf countries to be actively involved in the coalition; we will apply the military capabilities that are unique to us, but we expect others to carry their weight.”

The interesting part of this is not just that I agree with it—though that’s interesting to me!—but the fact that it confirms what both Obama’s admirers and his detractors think of him. Admirers appreciate the fact that he understands America’s limits and is focused on committing American power only when our national interests are powerfully at stake. Detractors will take one look at “Multilateralism regulates hubris” and fall off their chairs. It’s strong evidence that Obama really does believe that America is something of a bull in a china shop and needs to allow itself to be reined in by others.

“Multilateralism regulates hubris” might be the ultimate Rorschach test of Obama’s foreign policy. Given our recent (and not-so-recent) history, it seems to me like a no-brainer. America really does make better decisions when it listens to its allies. To Obama’s critics, it’s an admission that he really is trying very deliberately to diminish American freedom of action and military superiority. As Marco Rubio kept saying, he knows exactly what he’s doing.