Are liberals too smug? Sure. That’s what Emmett Rensin says at Vox, anyway. Unfortunately, his essay runs to a Voxtastic 7,000 words, so there probably aren’t too many people willing to read it all the way through. These days, I’m tempted to say that the real problem with liberalism is that we’ve forgotten how to make a good, crisp point in a couple thousand words. We’ve fallen 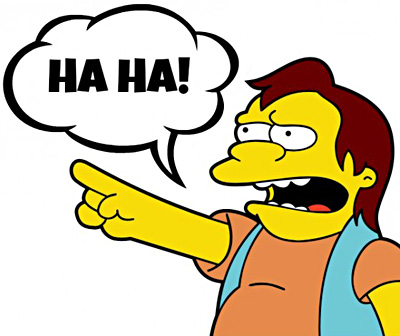 victim to the idea that longer essays signal greater importance. Maybe I’ll write a 2000-word piece about that someday.

But anyway—smugness. Are liberals too smug? I’d say so, except I’m not sure smug is really the right word. Here is Rensin explaining it:

By the 1990s the better part of the working class wanted nothing to do with the word liberal. What remained of the American progressive elite was left to puzzle: What happened to our coalition? Why did they abandon us?

….The smug style arose to answer these questions. It provided an answer so simple and so emotionally satisfying that its success was perhaps inevitable…. The trouble is that stupid hicks don’t know what’s good for them. They’re getting conned by right-wingers and tent revivalists until they believe all the lies that’ve made them so wrong. They don’t know any better. That’s why they’re voting against their own self-interest.

….It began in humor, and culminated for a time in The Daily Show, a program that more than any other thing advanced the idea that liberal orthodoxy was a kind of educated savvy….The internet only made it worse. Today, a liberal who finds himself troubled by the currents of contemporary political life need look no further than his Facebook newsfeed to find the explanation:

….NPR listeners are best informed of all. He likes that.

Fair enough. But what would you call that? There’s some smugness in there, sure, but I’d call it plain old condescension. We’re convinced that conservatives, especially working class conservatives, are just dumb. Smug suggests only a supreme confidence that we’re right—but conservative elites also believe they’re right, and they believe it as much as we do. The difference is that, generally speaking, they’re less condescending about it.

(Except for libertarians. Damn, but those guys are condescending.)

In any case, to boil things down a bit, Rensin accuses liberals of several faults:

I agree with some of this. I’ve long since gotten tired of the endless reposting of John Oliver’s “amazing,” “perfect,” “mic drop” destruction of whatever topic he takes on this week. I’m exasperated that the authors of papers showing that liberals are better than conservatives seem unable to write them in value-neutral ways that acknowledge the value of conservative ways of thinking. I don’t like the endless mockery of flyover country rubes. We should punch up, not down.

As it happens, I think Rensin could have constructed a much better case with 7,000 words to work with. His essay didn’t feel very well researched or persuasive to me, even though I agree with much of it. Still, the pushback has mostly been of the “Republicans are smug too!” variety:

Anyone ever been told by a liberal that you’ll burn in hell, simply because you disagree with him? Didn’t think so. But *liberals* are smug!

Declaring Paul Ryan a serious thinker, then refusing to entertain requests to square that with his constant falsehoods: Pretty smug!

But this isn’t smugness. It’s outrage, or hypocrisy, or standard issue partisanship. And as plenty of people have pointed out, outrage sells on the right, but for some reason, not on the left. We prefer mockery. So they get Rush Limbaugh and Bill O’Reilly, while we get Rachel Maddow and Jon Stewart.

You can find a good example in conservative criticism of political correctness on college campuses: trigger warnings, safe spaces, shouting down speakers, etc. They’re infuriated by this. They think college kids are cosseted by their administrations; can’t stand to be disagreed with; and have no respect for the First Amendment. But they’re not usually smug or condescending about it. Most of the time they’re scornful and outraged.

Generally speaking, elite conservatives think liberals are ignorant of basic truths: Econ 101; the work-sapping impact of welfare dependence; the value of traditional culture; the obvious dangers of the world that surrounds us. For working-class conservatives it’s worse: they’re just baffled by it all. They’re made to feel guilty about everything that’s any fun: college football for exploiting kids; pro football for maiming its players; SUVs for destroying the climate; living in the suburbs for being implicitly racist. If they try to argue, they’re accused of mansplaining or straightsplaining or whitesplaining. If they put a wrong word out of place, they’re slut shaming or fat shaming. Who the hell talks like that? They think it’s just crazy. Why do they have to put up with all this condescending gibberish from twenty-something liberals? What’s wrong with the values they grew up with?

So liberals and conservatives have different styles. No surprise there. The question is, do these styles work? Here, I think the answer is the same on both sides: they work on their own side, but not on the other. Outrage doesn’t persuade liberals and mockery doesn’t persuade conservatives. If you’re writing something for your own side, as I am here most of the time, there’s no harm done. The problem is that mass media—and the internet in particular—makes it very hard to tailor our messages. Conservative outrage and liberal snark are heard by everyone, including the persuadable centrist types that we might actually want to persuade. In the end, I think this is probably the real point to take away from Rensin’s essay. The first law of marketing, after all, is to know your audience. Handily, that’s also the first law of journalism.