Jonathan Chait argues that the appeal of Bernie Sanders isn’t truly rooted in his ideology:

It is certainly true that Sanders pushed the debate leftward, by bringing previously marginal left-wing ideas into the Democratic discussion….But to understand the Sanders campaign as primarily a demand for more radical economic policies misses a crucial 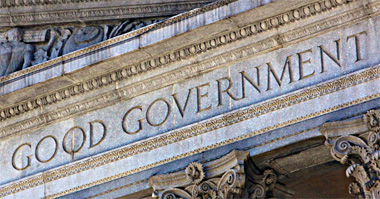 source of his appeal: as a candidate of good government.

American liberalism contains a long-standing tradition, dating back to the Progressive Era, of disdain for the grubby, transactional elements of politics….Candidates who have fashioned themselves in this earnest style have included Adlai Stevenson, Eugene McCarthy, George McGovern, Jimmy Carter, Gary Hart, Jerry Brown, Howard Dean, and Barack Obama. These candidates often have distinct and powerful issue positions, but their appeal rests in large part on the promise of a better, cleaner, more honest practice of politics and government.

I’ve made much the same argument myself, so you’d think I’d agree with Chait. But after hearing from a lot of pissed-off Bernie supporters over the past few days, I’m not so sure anymore. For example, here is Ryan Cooper explaining why non-Boomers like Bernie’s ideas:

Though I can’t speak for everyone, I’d wager that young people are attracted to those ideas because they know what it’s like to graduate with a crushing load of student debt or to have a baby in a country with no paid leave but which also expects both parents to work full-time. Or maybe they can just feel that the bottom half of the income ladder is getting a raw deal. They’re not idiots in thrall to a political charlatan.

I’ve gotten an awful lot of responses like this. The gist is usually a combination of (a) my “statistics” about the state of the economy are totally bogus, and (b) I’m too fat and contented to understand what life is like for anyone less fortunate than me. But here’s the thing: most of these responses seem to come from folks who themselves have student debt or low incomes. There’s nothing wrong with that, and I’d fully expect these folks to appreciate Bernie’s message. But they’re not arguing for good government, they’re arguing for policies that would help them personally. That’s your basic transactional politics, no matter how you dress it up.

POSTSCRIPT: I think Cooper is very, very wrong about the history of health care reform too, but I’ll leave that for another time.