Sentence #1: Drew Altman on whether people are satisfied or not with their Obamacare coverage:

In the Kaiser survey, which will be published next week, 29% of Republicans in marketplace plans (i.e., Obamacare) say they have benefited from the ACA compared with 75% of Democrats, a 46-point difference. 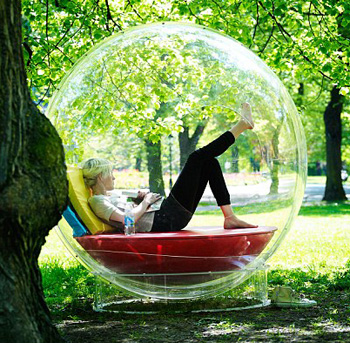 We’re accustomed to opinions about things like abortion depending on party ID, but more and more, views of objective reality depend on party ID too. Why?

Sentence #2: Ezra Klein on why Facebook is likely to become more biased, not less:

Before the web…it was possible to cocoon yourself inside an echo chamber, but you really had to work at it. Then came cable news…. Constructing an echo chamber became easier….But now we have personalized search results, handcrafted Twitter feeds, and a Facebook algorithm based on likes. Now you can end up in an echo chamber without even knowing it.

Aha. The cocoon. This is why the objective state of the world depends so much on party ID. If you watch Fox News and read the Drudge Report, you get exposed to more than just different spins compared to people who listen to NPR and read Mother Jones. You get exposed to an entirely different set of stories. Conservatives and liberals these days are increasingly exercised by issues that their opposites barely even know exist.

Hollywood used to excel at telling stories of people who lived and worked in the lower classes….Whether it was The Grapes of Wrath or Raging Bull, filmmakers used to treat the concerns and hopes of the working class as worthy of consideration. That happens less and less now.

The cocoon again! Back in the day, plenty of screenwriters and film directors came from working-class backgrounds. Today they all have degrees from the USC film school and live in Silver Lake. They get their news from Variety and the LA Times, not drive-time radio and People. In this cocoon, the working class is something to make money from via transparently condescending TV shows, not real people with real problems.

Years ago, I used to think that everyone who did the kind of thing I do—blather about public policy from the perch of an upper-middle-class existence—should read the National Enquirer weekly to get a better sense of what kinds of news shaped the views of ordinary people. I don’t think the Enquirer fills that bill anymore, but what does? The media-verse is so fragmented these days that I’m not sure there’s any single outlet you can count on anymore. Suggestions?