People underestimated the first PCs in the 1970s. They were so underpowered that you could hardly do anything useful with them….The same thing happened with the internet. In the 1980s it was hard to use and couldn’t do very much. People mocked the idea that it could eventually support billion-dollar businesses. Then we got Amazon, Google, and Facebook, and people stopped laughing. It happened again with 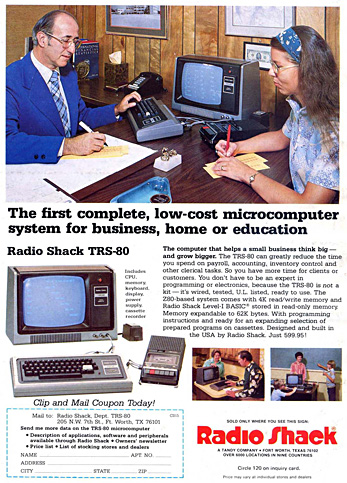 mobile phones. People mocked the concept of using phones to check email or take photos. And then … you get the idea.

Lee goes on to say that now, just as we’ve all learned our lesson and have stopped dissing new tech, a lot of new tech is starting to look like it deserves a bit of dissing:

By 2010, these stories had become the default way technology pundits like me looked at the world. “New technologies always look overly complex and underpowered at the outset,” we’d say. “But they don’t stay that way.” But in this decade, we’ve been seeing more and more examples where the PC analogy doesn’t seem to be working….Google Glass….Nest….Roomba.

I know the whole world is desperate for my take on this. Here it is: Lee is suffering from—oh, hell, what’s it called? One of those memory bias things. Basically, we remember stuff from the past that became famous and forget everything else.

First off: We all like to make fun of past naysaying that looks stupid today. “There is no reason for any individual to have a computer in his home,” Ken Olsen said in 1977. Hahaha! What an idiot.1 But the truth is that, generally speaking, PCs weren’t underestimated in the 70s—not for long, anyway. Visicalc and Electric Pencil and even early database managers were quite usable enough for most people to see their promise. And by 1983, when Lotus 1-2-3 was released on the IBM PC, everyone took PCs seriously. At most, there were a few short years when early PCs were unfairly disparaged, and probably not even that.

Ditto for the internet. It was opened to commercial use in 1992, and the dotcom boom started within a couple of years.2 And nobody mocked the idea of using cell phones to take photos. The first camera phone came to the US in 2002, and was almost instantly hailed as a terrific next step. Within a year or two every phone sold had a camera.

And also this: We tend to remember anything that became big. Because, you know, it became big. This is the memory bias I was talking about. All along, however, we’ve also disparaged a lot of stuff that deserved to be disparaged, and hyped a lot of stuff that never panned out. We’ve since forgotten about all those failures, leaving behind a memory of only the big, successful innovations. It’s like thinking that the 1850s must have been a golden age of novels because of Moby-Dick and Uncle Tom’s Cabin, but forgetting about all the dreck that deservedly disappeared from bookshelves almost immediately. Consumer tech is the same way. Remember when everyone said 8-tracks was stupid? They were right! Remember when Pascal was going to revolutionize programming? It never happened.

Ditto for today. A lot of dumb stuff gets hyped and then never pans out. A lot of smart stuff gets ridiculed and then takes off. Same as always, even if the tech itself has changed immensely. But our memories fail us, and that makes the present seem a lot more different from the past than it really is.

1Ken Olsen was no idiot. He claims he was quoted out of context, but even if he wasn’t, he was just talking his book. His extremely successful company sold minicomputers, so it behooved him to criticize everything that was both bigger (mainframes) and smaller (PCs).

2For the record, nobody mocked the idea of supporting big business enterprises on the internet. Just the opposite. In the 80s, the internet was restricted to the academic and science communities, and they were afraid of big businesses taking over the internet. That’s why ordinary schmoes like you and me couldn’t use it until 1992.