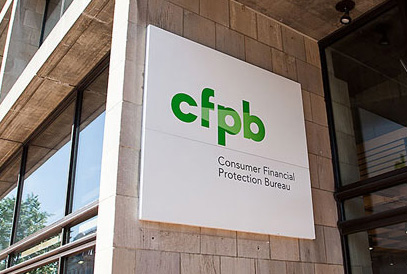 Conservatives are thrilled about yesterday’s court decision regarding the CFPB. Here’s Iain Murray:

In a rare victory for the Constitution and American political tradition, the US Court of Appeals from the DC Circuit today found that the Consumer Financial Protection Bureau was “structurally unconstitutional.” The offending structure consists of an independent agency with a single, all-powerful executive director. The Court found that structure fell between two stools — an agency with a single head needs to be accountable to the President, while an independent agency needs to have internal checks and balances by having a multi-member commission format like the SEC and others.

This judgment echoes the arguments the Competitive Enterprise Institute and its co-plaintiffs have been making in a separate court case, where my colleague Hans Bader argued, “The Consumer Financial Protection Bureau’s lack of checks and balances violates the Constitution’s separation of powers. Its director is like a czar. He is not accountable to anyone, and can’t be fired even if voters elect a president with different ideas about how to protect consumers.”

There’s no telling if this ruling will hold up on appeal, but if it does, the CFPB director will now serve at the pleasure of the president. This means that President Trump could fire Jeopardy champion Richard Cordray and instead install Apprentice champion Omarosa to oversee America’s financial industry. Luckily, it appears we will be spared that indignity.

I don’t expect this ruling to have a big impact in real life. Basically, it means that a new president will be able to install a new CFPB director immediately instead of having to wait a year or two for the old one to finish out her term. In the long run that’s likely to have a neutral effect on party control of the bureau. As for being able to fire the director without cause, that’s mostly hemmed in by political considerations anyway.

But conservatives can’t go to court on those grounds, and there’s nothing obviously illegal or unconstitutional about any of these liberal initiatives. So instead they contrive some other hair-splitting argument. The CFPB is too independent. The individual mandate violates a shiny new constitutional doctrine custom built just for Obamacare. The Clean Power Plan uses the wrong interpretation of the word “system.” These arguments vary in their legitimacy, but that hardly matters. Their goal is not legal brilliance. Their goal is to provide conservative justices with a facade they can use to overturn liberal legislation.

And it works, because these days conservative justices treat hot button cases—and, tellingly, only hot button cases—as a way to enforce their political opinions when they can’t do so through the ballot box. This is not a healthy trend.