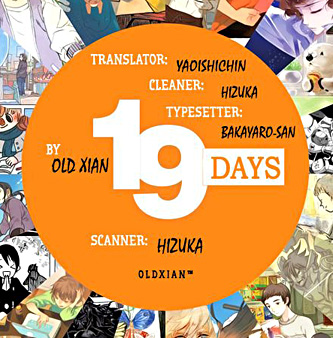 With 19 days until Hillary Clinton is elected president, we can now turn our attention to what happens afterward. In particular, what happens to Paul Ryan?

Right now, things look grim for the Speaker. In last week’s YouGov poll, only 37 percent of Republicans thought he was a weak leader. Then he abandoned Donald Trump for good, and now 51 percent say he’s a weak leader. And why do they think he’s so feeble? Last week, 26 percent thought he wasn’t conservative enough. This week it’s 25 percent. This suggests that views about Ryan are almost entirely driven by his estrangement from Trump, not by any problem with his ideology.

What’s more, as Martin Longman points out, Ryan has never been supported by the tea party faction in the House, and only barely won election as Speaker in the first place. Next year, Republicans will probably have a smaller 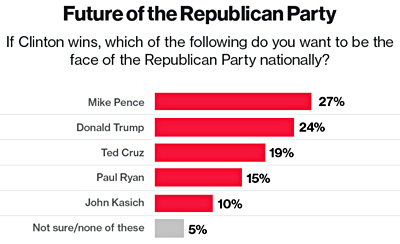 majority, which means that it will take only a dozen or so defectors to deny him reelection.

So: the future looks grim for Paul Ryan, no? I’m not so sure. For starters, the YouGov poll doesn’t impress me. In the heat of the moment, Trump supporters are turning against Ryan for abandoning their hero. But Trump is going to lose big league, and when that happens a lot of the Trump frenzy will die off. I imagine that once the fog clears, Ryan’s standing with Republicans will pretty much return to normal.

Second, the Bloomberg poll is based almost entirely on name recognition and, again, the heat of the moment. Mike Pence is not going to lead the Republican Party. Neither is Donald Trump. And Ted Cruz is still just as disliked as ever.

In any case, none of this has much to do with whether Ryan can win reelection as Speaker. For him to lose, he either has to drop out or else the tea party caucus has to decide to vote against him. Will that happen? It might. But even tea partiers know that if they block Ryan, they’ll be stuck in the same mess they were in last year: who can they agree on to replace him? There are very few plausible candidates around, and there are certainly no plausible candidates who are more conservative than Ryan. So it’s hardly a slam dunk that they’re going to touch off yet another party crisis by blocking him.

My advice: Wait and see. Things are going to cool down after the election, and Ryan may come out looking better than people think. If that happens, Ryan then has to make a choice about how to govern. Will it just be the usual obstruction? Or will he team up with Republican moderates to take the party back from the hostage-happy tea partiers, and even team up with Democrats occasionally to pass a few important bills that might revive the party’s fortunes?

I’m not sure. But I wouldn’t count Ryan out just yet.