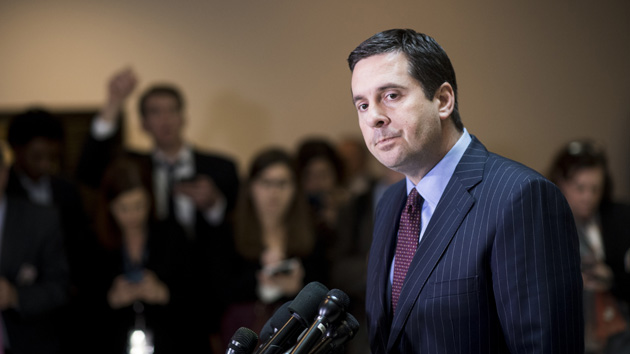 When a big story breaks while I’m at lunch, it can be a real pain in the ass. Instead of following it in real time, I have to rush around later trying to piece together what’s happened. On the other hand, sometimes this is a blessing, because by the time I get to the story it’s clearer what the real issue is. I think today is an example of the latter.

For starters, here’s a nutshell summary of what happened. Devin Nunes, the Republican chair of the House Intelligence Committee, took the stage a few hours ago to declare himself “alarmed.” He believes that some of Donald Trump’s transition team might have been “incidentally” recorded during surveillance of foreign nationals. He won’t say who. Nor will he say who the foreign nationals were, other than “not Russian.” And as soon as he was done with his press conference, he trotted off to the White House to brief President Trump.

There are several problems here. First, Nunes didn’t share any of this with Democrats on the committee. Second, incidental collection is both routine and inevitable in foreign surveillance. Congress has had ample opportunity to rein it in if they wanted to, and they never have. Third, if this was part of a criminal investigation, Nunes may have jeopardized it by going public. Fourth, the chair of the Intelligence Committee isn’t supposed to be briefing the president on the status of an investigation into the president’s activities.

This is plenty to embarrass the great state of California, from which Nunes hails. But for what it’s worth, I don’t think any of this is the biggest issue. This one is:

He claims to have gotten the information personally from an unspecified source, and had not yet met with FBI Director James Comey to review the raw intelligence intercepts he was provided. Why would he go public without first consulting spies to see if what he had was actually worth sharing with the public?

Oh. This is one of those deals where the Republican chair of a committee gets some information; releases a tiny snippet that makes Republicans look good; and then eventually is forced to release the entire transcript, which turns out to be nothing at all like the snippet. We’ve seen this gong show a dozen times in the past few years.

My advice: ignore everything Nunes said. He’s obviously carrying water for Trump, hoping to drive headlines that vaguely suggest the Obama administration really was listening in on Trump’s phone calls. I gather that he’s succeeded on that score. For now, though, there’s no telling what this raw intel really says. Eventually the intelligence community will provide analysis, and committee Democrats will get to see the transcripts too. Then we’ll have a fighting chance of knowing whether it’s important or not. In the meantime, everything Nunes said is literally worthless. He’s not “probably right” or “probably wrong.” He’s nothing.