It’s true: I got a new camera on Wednesday. It’s a Lumix FZ2500, which is absurdly expensive for a guy who spends 90 percent of his time taking pictures of cats. But then I thought: Don’t my readers deserve the best? Of course they do. Check out Hilbert with the new optics: 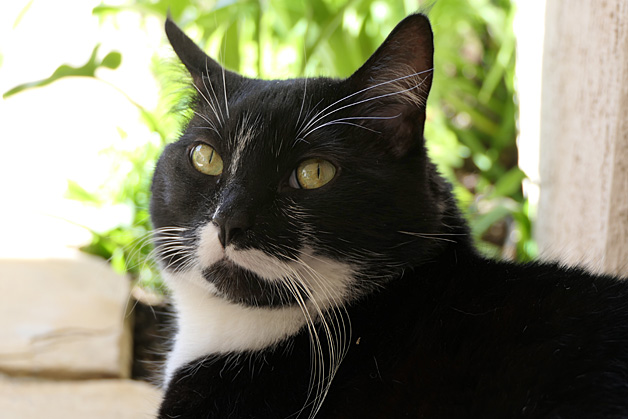 Majestic, isn’t he? And notice the nicely blurred background. That’s called bokeh, and it’s what every photographer aspires to in portraits of either humans or cats. Here’s Hopper: 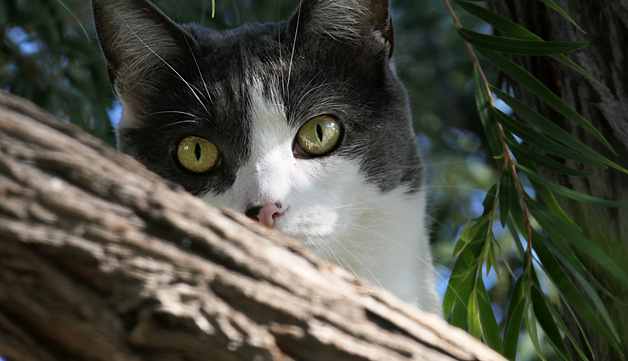 Most small digital cameras have small sensors and, therefore, small lenses. This is handy if you want a huge zoom length, but it comes at the expense of both quality and bokeh. Small sensors produce mediocre quality images, while small lenses produce very little bokeh. Just about everything is sharp from a few feet out to infinity. Feline Cannonball can explain the optical principle if you ask nicely. This is why, for example, the new iPhone 7 has a mode that produces a blurred background in software. It’s basically a hack to reproduce the bokeh you’d get from a bigger camera. Here’s Hilbert again: 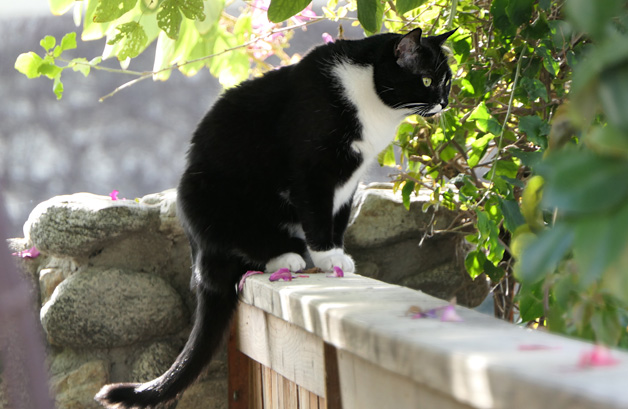 In my youth, I had a 35mm camera, a darkroom, and a big bag full of lenses. They produced glorious bokeh. Today I’m just not willing to do that. So that gives me a choice: a small camera that’s inexpensive, has awesome zoom capability, but produces so-so images and no bokeh. Alternatively, I could buy a DSLR, which would cost a fortune and produce great images, but would have very little zoom capability. In the end, I chose a middle ground: a fixed-lens camera with a 1″ sensor. It’s bigger and more expensive than my old camera, but still fairly small and has a pretty good zoom (24-480mm equivalent), which is plenty adequate for my needs. The bokeh it produces isn’t as good as a full-size DSLR, but it’s way better than my old Canon. Here’s Hopper again: 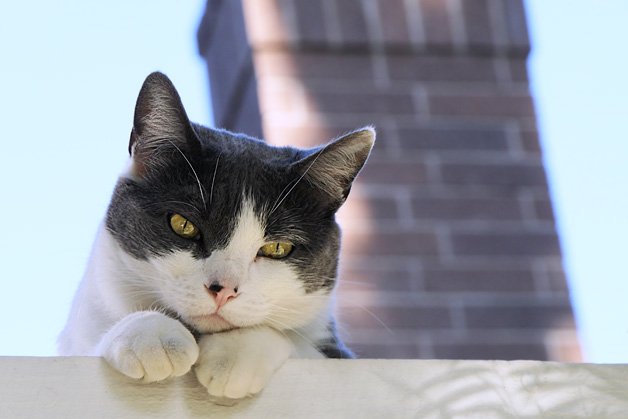 The Lumix also has a bunch of other features I wanted. Its autofocus is way faster than my old camera. It has an articulating LCD screen, a must for cat blogging. It has a very convenient set of controls—much better than the Canon—including a manual focus ring. (Finally! Sometimes autofocus just doesn’t work, and the Canon was all but impossible to focus manually.) The Lumix has a good burst mode, which helps to catch just the right moment. You can also shoot 4K video and extract pretty good images from it, which makes it possible to really catch the right moment. I’m a little unsure of how good the metering is, but that may be only because I haven’t played around with it enough. I wonder if face-recognition mode works on a cat?

And of course, it’s not just for cat blogging. This morning the furballs were next door looking unusually excited about a bush. I have a feeling our lizard might have been over there. However, our squirrel showed up a couple of minutes later and he was in a tizzy. Do you think there happened to be a pine cone buried under that bush too? 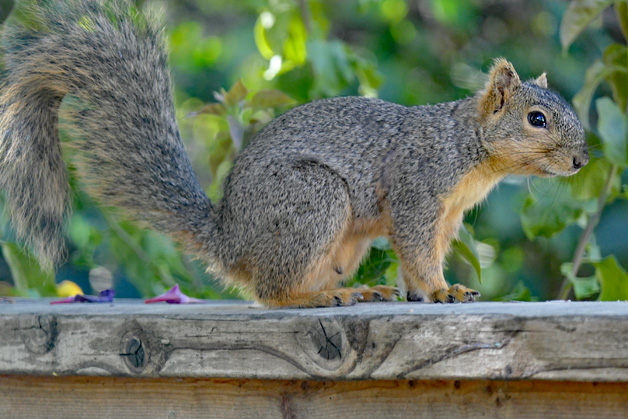