Behold the Juicero. It is sleek, internet-connected, built like a tank, uses custom bags of chopped produce, applies four tons of pressure, and makes the world’s trendiest cold-pressed juice: 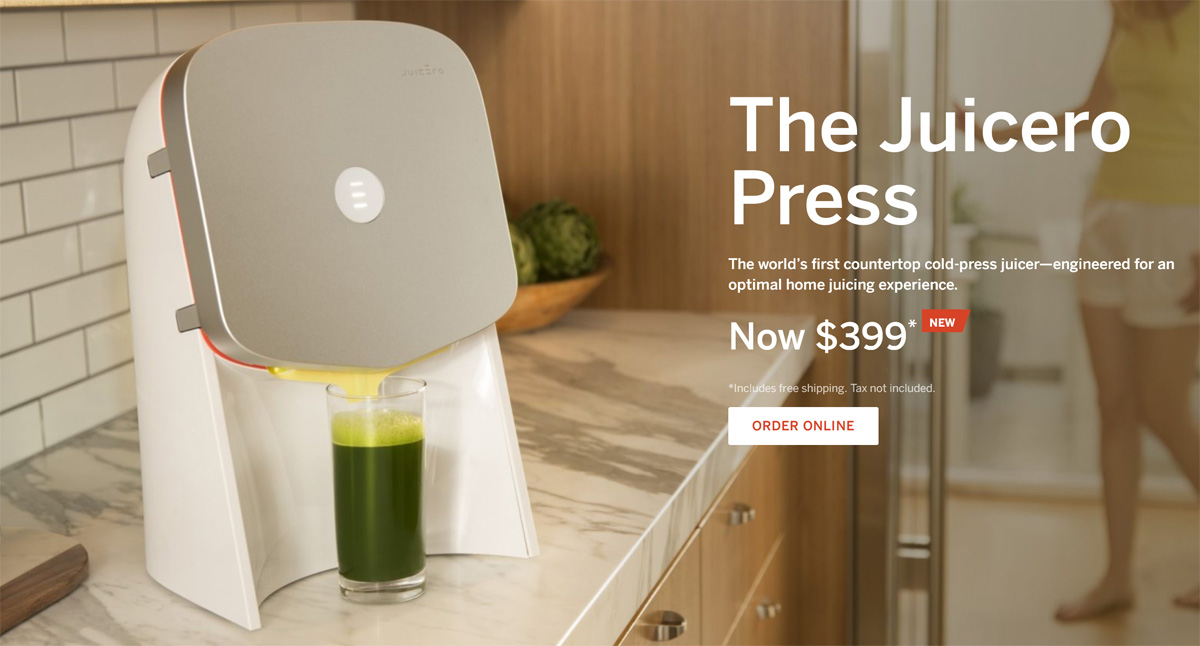 But wait. Bloomberg reports that there’s a dark side to the Juicero. Well, another dark side, anyway:

After the product hit the market, some investors were surprised to discover a much cheaper alternative: You can squeeze the Juicero bags with your bare hands. Two backers said the final device was bulkier than what was originally pitched and that they were puzzled to find that customers could achieve similar results without it. Bloomberg performed its own press test, pitting a Juicero machine against a reporter’s grip….In Bloomberg’s squeeze tests, hands did the job quicker, but the device was slightly more thorough. Reporters were able to wring 7.5 ounces of juice in a minute and a half. The machine yielded 8 ounces in about two minutes.

Hmmm. Tell me more about these reporters. Men? Women? Weakling nerds? Folks who hit the gym a lot? How much juice could I get from a Juicero bag? In any case, investors are upset:

After the product’s introduction last year, at least two Juicero investors were taken aback after finding the packs could be squeezed by hand. They also said the machine was much bigger than what Evans had proposed. One of the investors said they were frustrated with how the company didn’t deliver on the original pitch and that their venture firm wouldn’t have met with Evans if he were hawking bags of juice that didn’t require high-priced hardware. Juicero didn’t broadly disclose to investors or employees that packs can be hand squeezed, said four people with knowledge of the matter.

Oh come on. Juicero was recently forced to cut the price of its press from $699 to $399, so it probably isn’t even much of a moneymaker. The bags, on the other hand, are highway robbery at $5-7 each. At a guess, the gross margin on the press is around 50 percent at best, but the gross margin on the juice bags is probably 90 percent or more. If Juicero can sell the bags without the juicer—and maybe tout hand squeezing as a good workout regimen while they’re at it—they probably clear a thousand dollars per year. Maybe more. The press doesn’t add much to that, even if it is 802.11b/g/n compatible and notifies you when your juice packs are about to expire.

The hardware is only necessary for two reasons. First, people are lazy and don’t want to squeeze their own bags. Second, it makes everything high tech and cool. Regardless, differential pricing is a proven moneymaker, and now Juicero can sell its bags to cheapskates. There’s always been more money in the blades than the shaver.