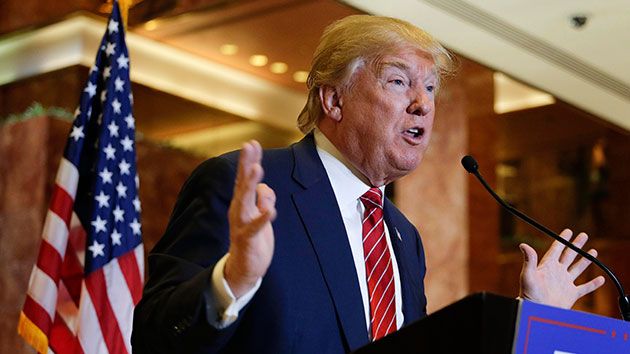 Last night I wrote that the Trump tax plan would be little more a than a rewrite of his campaign document. I was wrong. Here it is:

The promised Trump tax plan, as distributed to press moments ago: pic.twitter.com/WVWhpPAZp0

It’s not worth the 60 seconds it would take to check this, but I’m pretty sure this is less detailed than Trump’s campaign document. What a fucking embarrassment. It’s like something a high school class would put together. Even with only five days to work with, you’d think the Treasury Department of the United States of America could produce a little more than this.

But let’s go through the whole thing. There’s a little more than you see in the tweet above:

Three tax brackets instead of seven. However, there’s no telling how this affects taxes until Steve Mnuchin tells us where the cutoff points are.

Doubles the standard deduction from $12,000 to $24,000. This will help middle-class families, but it’s a little hard to know how much it will help them until we get details on….

Elimination of itemized deductions. Which ones? All of them? Good luck with that. But you can be sure that one of the targets will be the deduction for state income taxes, since that mostly benefits the hated blue states of California and New York.

Elimination of the estate tax. A huge boon for the super-duper rich.

Elimination of the AMT. A huge boon for the rich.

Elimination of Obamacare’s 3.8 percent tax on investment. A huge boon for the rich.

Reduce business tax rate to 15 percent. A huge boon for corporations and the rich, especially those with income from pass-through businesses. Apparently Mnuchin doesn’t care that Senate rules make this almost literally unpassable.

Tax repatriation holiday. A huge boon for corporations and the rich.

Territorial taxation system for corporations. There’s no telling what effect this would have. There are good territorial systems and bad ones. It’s all in the details—though it’s a pretty good guess that Trump will opt for one of the bad ones.

The driving force behind this appears to be Trump’s desire to call this the biggest tax cut in American history. The previous champ was Ronald Reagan’s 1981 tax cut, which cost 3.9 percent of GDP. That means Trump is gunning for 4 percent of GDP.

The Congressional Budget Office pegs GDP over the next ten years at $239 trillion. To get to 4 percent, Trump’s tax plan will need to cut taxes by $9.5 trillion. This is obviously ridiculous. Maybe Trump isn’t accounting for inflation or something. That would get him down to $4.3 trillion.

Really, who knows? I suppose Trump will call it the biggest tax cut in history regardless of how big it is. He doesn’t care. The one thing we can be sure of is that the rich will swoon. At a guess, something like 90 percent of that $9.5 (or $4.3 or whatever) trillion will go to the top 10 percent. The rest of us get a few crumbs.

Of course, this whole thing is DOA in Congress anyway, which will pretty much ignore Trump and create its own tax plan for the rich. This one-page “plan” is really just a publicity stunt so Trump can say he introduced it during his first hundred days. What a doofus.