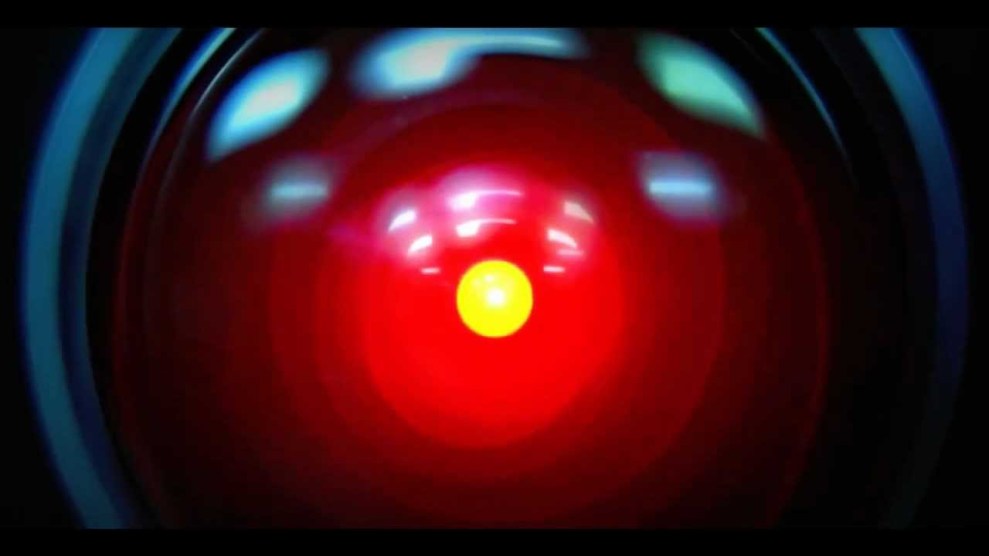 People are really pressing my buttons these days on the subject of robots. The latest is Greg Ip in the Wall Street Journal:

Workers: Fear Not the Robot Apocalypse

Belinda Duperre, who sold jewelry at Sam’s Club…earns $2 more per hour at Amazon than at Sam’s, in part because she’s a lot more productive. At Sam’s, she served perhaps one to 20 customers a day. At Amazon, she packs 75 to 120 boxes an hour that are then whisked via high-speed automated conveyor belts to fleets of trucks that fan out across the region.

….The brick-and-mortar retail swoon has been accompanied by a less headline-grabbing e-commerce boom that has created more jobs in the U.S. than traditional stores have cut. Those jobs, in turn, pay better, because its workers are so much more productive. This demonstrates something routinely overlooked in the anxiety about the job-destroying potential of robots, artificial intelligence and other forms of automation. Throughout history, automation commonly creates more, and better-paying, jobs than it destroys.

This is not the greatest productivity argument in the world, but my real gripe is something different. Here’s a passage later in the article that really highlights it:

“Robot apocalypse” is a modern expression, but the underlying anxiety goes back centuries….Those fears have repeatedly proven baseless. James Bessen, an economist at Boston University School of Law, has found in numerous episodes when technology was supposed to annihilate jobs, the opposite occurred. After the first automated tellers were installed in the 1970s, an executive at Wells, Fargo & Co. predicted ATMs would lead to fewer branches with even fewer staff….Today, banks employ more tellers than in 1980 and their duties have expanded to things ATMs can’t do such as “relationship banking.”

Plain old automation does indeed usually produce more jobs than it destroys. This applies to more than just steam engines and electricity, and an ATM is nothing special in this regard. It’s ordinary, old-school automation even though it relies on microchips and communications networks. Of course ATMs can’t do relationship banking. How could they?

Artificial intelligence is entirely different. If you don’t believe we’ll ever get it, that’s fine. Make your case. But if you do believe it’s coming in the near future, then you need to treat it as a completely different thing. Pretty much by definition, true AI will be able to do anything a human can do. So no matter what new jobs you think AI will create, then by definition AI will be able to do those jobs too. If true AI is in our future, the robot apocalypse is very much something we should worry about.¹

So please: can we retire the stale old ATM story? It has nothing to teach us about what AI can and can’t do, and that’s the thing we should be interested in. If you want to write about automation, then feel free to go on at length about how it produces more jobs than it destroys. But if you want to write about AI, historical analogies will get you nowhere. This is something very, very different.

¹Not me, of course. I’ll be retired or dead by the time it happens. But if you’re in your 20s or 30s, a little bit of healthy anxiety might be in order.