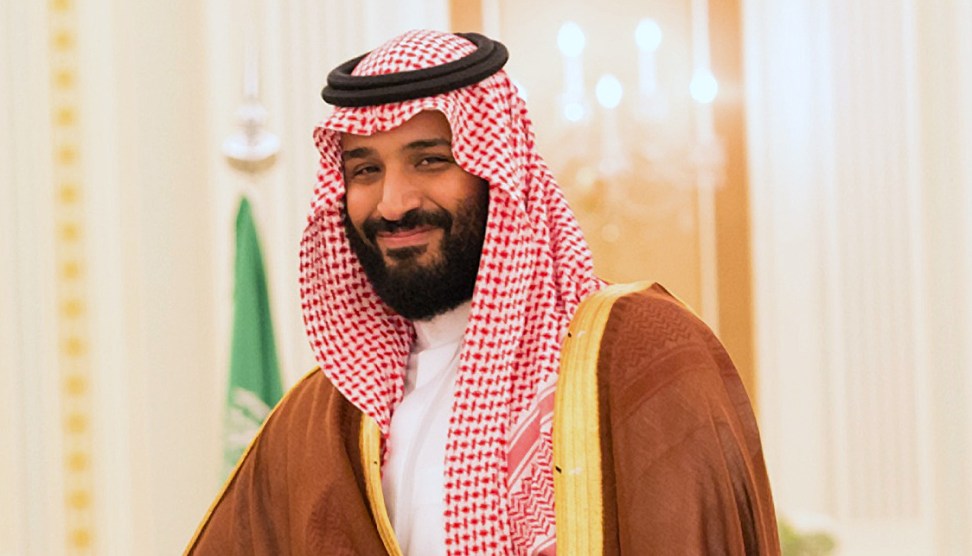 In early 2015, the King of Saudi Arabia died and was succeeded by the 79-year-old Salman bin Abdulaziz Al Saud. King Salman immediately named his son, Prince Mohammed, Minister of Defense, where Mohammed gained effective control over the kingdom’s military. In 2016, apparently at Mohammed’s urging, Salman began a campaign to rein in Saudi Arabia’s powerful and extremist religious establishment. Then he appointed Mohammed as Minister of the Interior, where Mohammed gained further control of the security services. In June Salman deposed one of his nephews as heir apparent and installed Mohammed in his place.

Finally, this weekend, Prince Mohammed, who is chairman of an anti-corruption committee with sweeping powers, ordered the arrest of dozens of princes, ministers, and former ministers. With this, Salman’s branch of the family—now dominated by the crown prince—controls all three of Saudi Arabia’s security services, as well as its religious establishment and the royal family.

In other words, via a combination of brash policy changes and good old terror, Prince Mohammed has gained nearly total control of the kingdom, and it all happened in less than three years. It’s a real-life game of thrones. Some of this is probably good news:

Now, Crown Prince Mohammed bin Salman is curbing their power as part of his drive to impose his control on the kingdom and press for a more open brand of Islam….Dozens of hard-line clerics have been detained, while others were designated to speak publicly about respect for other religions, a topic once anathema to the kingdom’s religious apparatus. If the changes take hold, they could mean a historic reordering of the Saudi state by diminishing the role of hard-line clerics in shaping policy. That shift could reverberate abroad by moderating the exportation of the kingdom’s uncompromising version of Islam, Wahhabism, which has been accused of fueling intolerance and terrorism.

On the other hand, Mohammed is considered both a hawk and a bit of a hothead. He’s responsible for the recent air and sea blockade of Qatar, and he’s also the one who started Saudi Arabia’s horrific war with Yemen. However, he might be turning over a new leaf if this scuttlebutt is accurate:

Mohammed bin Salman, the heir to the Saudi throne, confessed to two former US officials he “wants out” of the brutal two-year war he started in Yemen, and added that he was “okay” with Washington engaging with his arch-foe Iran, according to leaked emails obtained by Middle East Eye. The 31-year-old revealed his intentions to Martin Indyk, the former US ambassador to Israel, and Stephen Hadley, a former US national security adviser, at least one month before the kingdom accused Qatar of undermining its campaign in Yemen and colluding with Iran.

And then there’s some American intrigue to add to the pile. This happened a week ago:

President Donald Trump’s son-in-law and senior adviser Jared Kushner returned home Saturday from an unannounced visit to Saudi Arabia — his third trip to the country this year….The White House official would not say who Kushner met with in Saudi Arabia. But he has cultivated a relationship with the crown prince, Mohammad Bin Salman, who, like Kushner, is in his 30s.

This wasn’t a night of the long knives; it was done in the bright glare of a state TV broadcast. This suggests the prince was sending a signal to at least two broad constituencies.

The first was to the Saudi Arabian establishment. If anyone in the old guard wasn’t aware that Prince Mohammed has effectively declared war on them, there should be no such illusions after this weekend.

The second constituency is more nebulous and intriguing….Prince Mohamed has adopted a notably populist approach in critical areas….Arresting wealthy, connected Saudi Arabians — and doing so very publicly — is straight from the drain-the-swamp playbook, or maybe drain-the-oasis in Riyadh’s case. But it follows other moves designed to appeal to ordinary citizens. Prince Mohamed stunned the audience at the country’s recent “Davos in the desert” finance conference by telling them he would return Saudi Arabia to “moderate Islam.”

Saudi Arabia is an absolute monarchy, but like all such, there have always been multiple power centers jostling for control. Now, though, it’s a little bit more of an absolute monarchy—and will likely become even more so when Mohammed succeeds to the throne. This could happen soon if rumors about King Salman’s health are true, or if Salman simply decides to abdicate.

So what’s next? If there’s a backlash, Saudi Arabia’s future could feature years of power struggles. It’s happened before. Or Mohammed could consolidate his control and fulfill his promise to make Saudi Arabia more transparent and moderate (though not more democratic). At this point, I don’t think anyone knows which is more likely.