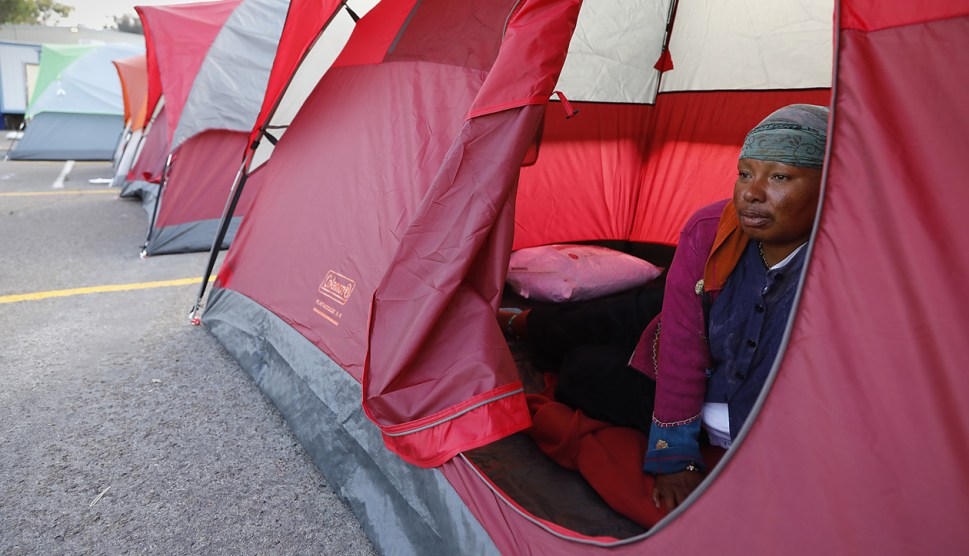 Monica Winston adjusts to her tent in a tent city set up in San Diego. A Hepatitis A outbreak is one of the reasons the tent city was created.John Gastaldo via ZUMA

Both President Trump and Speaker Ryan have talked at various points lately about wanting to take up welfare reform….This question of whether there will be a 2019 reconciliation bill is crucial to the question of the 2018 Republican agenda because it would establish the boundaries of the possible. If they do pass a reconciliation bill, Republicans would probably use it to create room for a party-line welfare-reform effort. This would likely amount to a proposal for devolving funding and design flexibility over some of the major federal welfare programs to the states while attaching some work requirements to most of them.

I agree. Levin is a little surprised that with tax reform out of the way, Republicans seem at sea about what to do next. I’m less surprised, since the Republican Party has basically been the anti-tax party for years, with little more truly propelling them forward. But welfare “reform” could be the ticket. From Donald Trump’s viewpoint, it helps him with his working-class white base, which has always hated welfare because they think it’s just free money for lazy black people. From the viewpoint of fiscal conservatives who aren’t especially energized by racial animus, it’s a way of cutting spending. And for the neocon wing, perhaps it’s a way of freeing up some dollars for the military. Like tax reform—and unlike health care—it’s something that has a chance of bringing together every wing of the party.

Will Republicans do this? Like Levin, I don’t know. If Democrats make the budget process painful and refuse to pass a two-year resolution, Republicans might surrender and just use next year’s budget reconciliation process for the budget. But here’s a prediction: if Republicans do decide to go after welfare, they’ll target the parts of it that are disproportionately used by blacks and Hispanics. I don’t know what those are, but I’ll check into it later and come up with a more specific prediction.