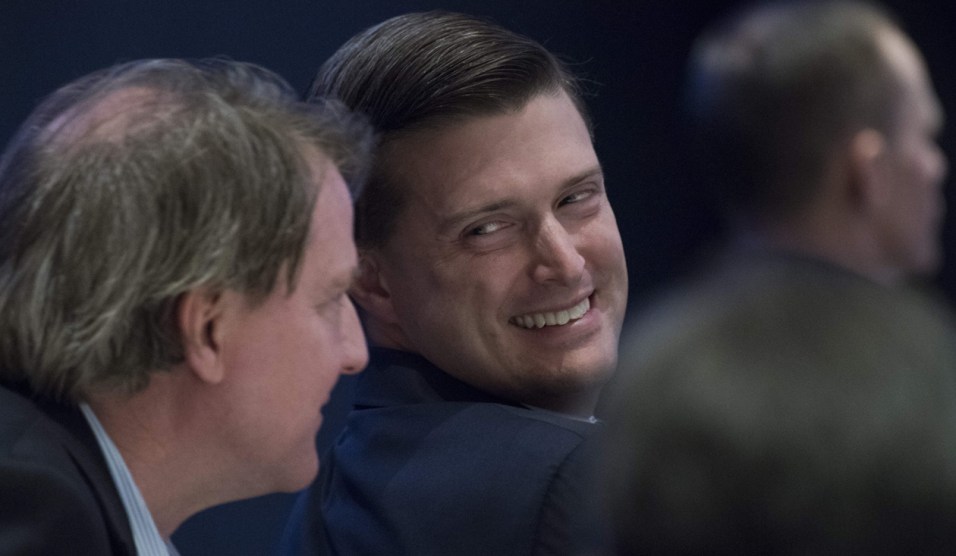 As you probably know by now, White House Staff Secretary Rob Porter has resigned after two of his ex-wives publicly accused him of assault and abuse during their marriages. Porter was the primary assistant to chief-of-staff John Kelly, and despite the allegations Kelly reportedly wanted Porter to “stay and fight.” According to Gabriel Sherman, this was not a universally popular decision:

Kelly’s decision to go to bat for Porter deeply frustrated White House staffers, sources told me. He was supposed to be the West Wing’s resident grown-up, but staffers are increasingly questioning Kelly’s judgment, four Republicans close to the White House told me. “It’s beyond disbelief. Everyone is trying to figure out why Kelly is leading the charge to save him,” one former West Wing official said.

Indeed. So why was Kelly such a big fan of Porter’s? Here’s a clue. Porter’s second wife, Jennifer Willoughby, says that: Porter called her a “fucking bitch” on their honeymoon; her entire marriage was spent “walking on eggshells” because of his explosive anger; Porter dragged her naked from the shower on one occasion and yelled at her; she got a protective order against him after he violated the terms of a separation agreement; and finally, after counseling and several separations, she divorced him. And yet, she still says this:

‘I want to be very clear when I say this,’ Willoughby said. ‘I don’t want to be married to him. I would not recommend anyone to date him or marry him. But I definitely want him in the White House and the position he is in. I think his integrity and ability to do his job is impeccable. And the majority of the issues he suffers from are very personal and intimate.’

He must be a helluva competent guy to get a recommendation like that from a woman who went through what Willoughby went through.

This is all from the Daily Mail, which is the place to go for salacious tittle-tattle. They interviewed both Willoughby and Porter’s first wife, Colbie Holderness, who has even more hair-raising things to say about Porter.

As for Porter, he told the Mail that “many of these allegations” are false, which is not exactly an inspiring denial, and then resigned. Given the support he had within the White House, I can only assume he did this because he knows there’s more out there that’s bound to become public now that the firestorm has started.