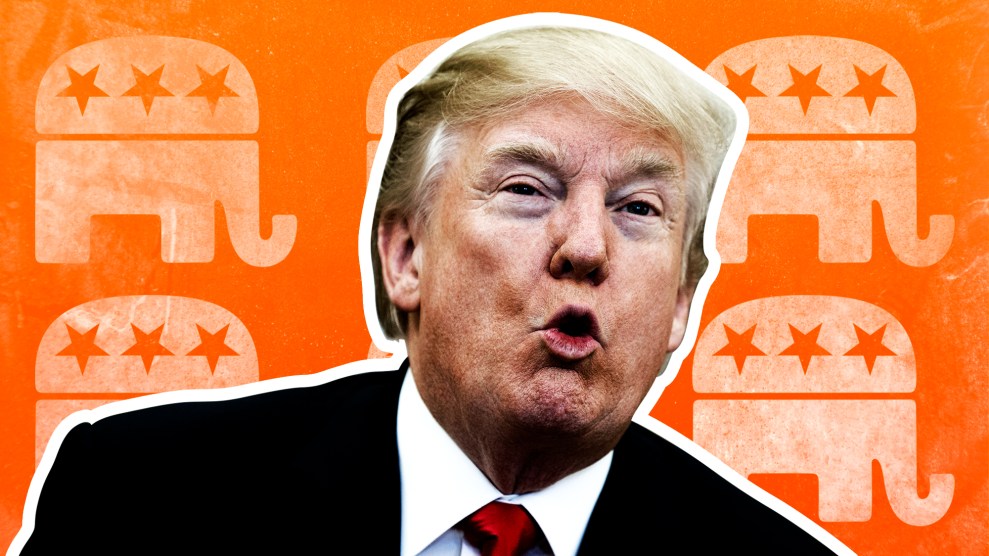 Generally speaking, I figure I can make common cause with any conservative who opposes Donald Trump. Jonah Goldberg, for example, might believe that the best way to fix Social Security is to let Monsanto grind up old people and manufacture Soylent Green for sale to North Korea. Whatever. We can argue that out later. For now, recognizing the danger of Trump is good enough.

And yet…there is more to Trump than just Trump himself. Here is Goldberg today on some of the reasons for the cult of Trump:

One is the tribal belief that the other party is an existential enemy that will do anything. And so we must be just as ruthless….The dynamic only gets worse with each election. The party out of power convinces itself that obstruction — or now “resistance” — is the only option.

….The result is that the party in power races to get its agenda accomplished and the base forgives any abuses or violations of norms in the process, thus proving the worst suspicions of the opposition. Liberals roll their eyes at the claim that President Obama violated democratic norms or abused his power. But putting aside the specific arguments, conservatives saw plenty of abuses and violations, from the IRS scandals and Benghazi to the Iran deal. Obama said many times he couldn’t unilaterally implement the Deferred Action for Childhood Arrivals program because he wasn’t a “king.” Then he did it anyway.

Yeah, OK, except that we really can’t put aside the specific arguments here. We know now that the IRS “scandal” was a minor screwup that affected both parties, and certainly had nothing to do with Obama anyway. Benghazi was a tragedy, but not a scandal in any reasonable sense of the word. The Iran deal was…the Iran deal. And getting new legal advice on DACA is hardly some unprecedented norm violation. It’s up to the courts to decide if an executive order is legal, and so far no court has even taken up the question of DACA, let alone ruled against it.

I’m not trying to paint Democrats as boy scouts here, but I am trying to make the point that Republicans have not just gone down Goldberg’s road of tribalism, they’ve roared off the edge of the tribalism cliff at a hundred miles an hour with flags flying. If their obsession with corrupt, America-hating Democrats hadn’t existed in the first place, Trump never could have won the GOP nomination. There’s a reason, after all, that Republicans nominated a guy like Trump in 2016 while Democrats nominated a mainsteam party lifer like Hillary Clinton.

Criticizing Trump is relatively easy. But purging the country of Trumpism means purging the Republican Party of the lunatic wing that truly believes liberalism means the end of America as we know it. This means more than just refusing to give it oxygen. It means no longer tolerating it. It means no longer indulging in Benghazi or the IRS or Solyndra or any of the other faux scandals, even though they’re a lot of fun. And it means calling out conservatives who do indulge in lunacy. That means Hannity. It means Glenn Beck back when he mattered. It means Rush Limbaugh. It means Steve King and Devin Nunes. It means Fox & Friends. It means evangelical leaders.

You can ask the same of Democrats, of course, but only if you recognize that this is fundamentally a Republican epidemic, and that’s where emergency measures are needed first.