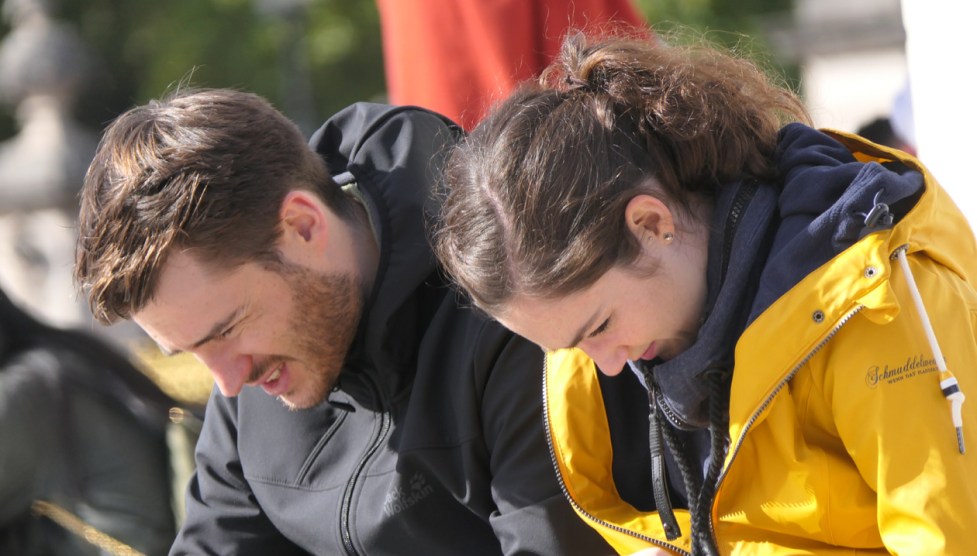 Come on, talk to each other!

Over at Vox, indefatigable interviewer Sean Illing speaks with Sherry Turkle, a technology skeptic (for lack of a better word) who worries that all our tech toys are doing more damage than we think:

Illing: Her most recent book, Reclaiming Conversation, is a warning about the consequences of living in a world where face-to-face interaction is less and less frequent.

Turkle: Mobile technology means we’re always on, always plugged in, always stimulated, always in a constant state of self-presentation….I watched kids grow up, spent time in classrooms, and saw how these changes were impacting their development….This is why I became so interested in the themes I’m exploring now — the flight from conversation, the flight from solitude, the flight from silence, the flight from boredom, all of these things that are so important to our development and to our ability to be with other people.

Illing: You’ve called face-to-face conversations “the most human thing we do.” What are the consequences of living in a world where we do this less and less?

Turkle: Well, I’m not so sure we’re going to continue doing it less and less….There are certain kinds of communication that can’t be done via texting or video messages or whatever, and I think people are starting to see that. If you want to be a true friend or partner or lover or colleague and you want to really connect, then you have to look at the person you’re engaged with; you have to actually be with them. That’s how progress is made. I think enough people are beginning to understand this.

I want to put aside the question of whether smartphones are harming culture or merely changing it, because I don’t know and I don’t think anyone else knows either. What I’m curious about is the foundational assertion that underlies this entire conversation: namely that face-to-face interaction is on the decline. Is that actually true? I’m not aware of any serious research on this question, so I’m just going to toss out some blue-sky thoughts:

…that’s the whole question, isn’t it? My guess is that time spent texting/Facebooking/Instagramming is mostly replacing time spent reading or watching TV or playing videogames. We get together in the flesh with people just as much as we used to, and the resulting conversations are much the same as always. It’s true, of course, that dinosaurs like me can get annoyed when our conversation partners are looking at their phones regularly and texting while we’re talking. But as near as I can tell, most people who do this aren’t being rude and aren’t ignoring you. They just have different cultural mores, ones that young people are comfortable with and old people aren’t.¹

Anyway, my primary question is this: do young people, on average, spend less time in face-to-face conversation than either (a) older people or (b) young people of past generations? Also, is there any evidence that people are just “beginning” to understand that real relationships require plenty of physical presence? I have no idea how you could measure either of these things, but that’s what they give people PhDs for. In the meantime, unless there’s some really persuasive evidence of this thesis, put me down as skeptical that it’s happening.

¹It’s a separate question to ask if addiction to smartphones in general is harming people. I suspect it is, but that’s just my instinct, not some hill I’m ready to die on.