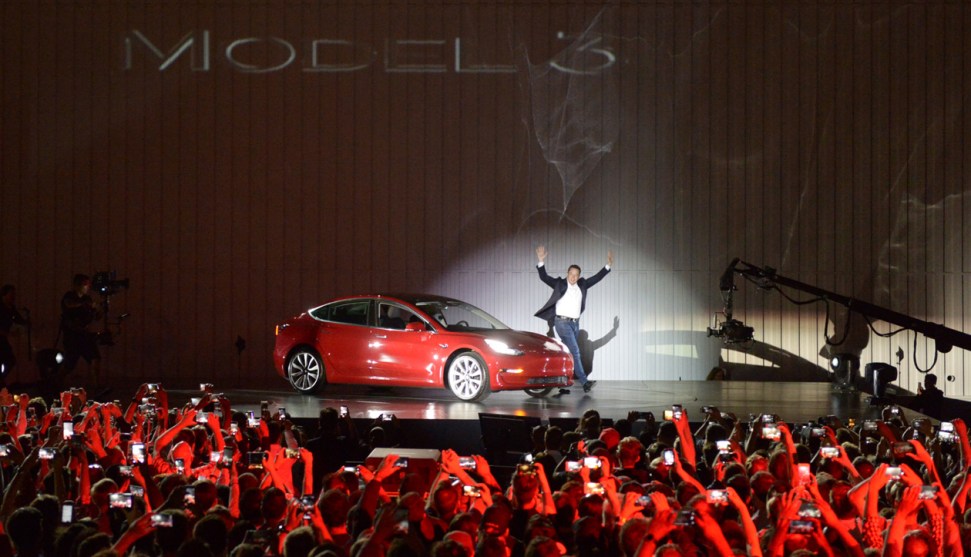 Bret Stephens doesn’t think much of Elon Musk or Tesla. Fair enough. I’m on the fence about both myself. But in Friday’s column he suddenly decides that not only is Musk a charlatan, but so is the whole idea of electric cars:

The terrible idea is that electric cars are the wave of the future, at least for the mass market. Gasoline has advantages in energy density, cost, infrastructure and transportability that electricity doesn’t and won’t for decades. The brilliance is Musk’s Trump-like ability to get people to believe in him and his preposterous promises. Tesla without Musk would be Oz without the Wizard.

Much of the blame for the Tesla fiasco goes to government, which, in the name of green virtue, decided to subsidize the hobbies of millionaires to the tune of a $7,500 federal tax credit per car sold, along with additional state-based rebates….Electric vehicles were supposed to be the car of the future because we were running out of oil — until we weren’t.

What a weird comment. Energy density is indeed an issue with batteries—just ask my Surface 4 about that—but that’s improving and, at any rate, is already sufficient to power even an inexpensive car for over 100 miles. As for the rest, cost is lower than gasoline, precisely because there’s so little infrastructure involved. Electricity is everywhere, and doesn’t need to be transported at all. The subsidies were mostly designed for cars like the Nissan Leaf and Chevy Volt, not the Tesla. And they had nothing to do with running out of oil. After all, it still takes oil and natural gas to generate the electricity in the first place.

There’s almost literally nothing correct in this entire excerpt except for the (implied) fact that electric cars are still expensive compared to gasoline cars, even when you account for lower operating costs. There’s also the problem that it takes a long time to charge the batteries. But that’s a solvable problem, and it’s being solved. Last month ABB announced a 350kW charging station that can provide a 200-mile charge in 12-15 minutes.¹ That’s not much longer than it takes to fill up with gasoline.

Different technologies advance differently. Some take off almost instantly,² while others have to pass over a technology hump before they become truly usable for mass production. Electric cars are in the latter category, and they still haven’t entirely gotten past all their hurdles. Mainly, we need cheaper battery technology and the buildout of high-power charging stations. The former is a tough technical problem, while the latter is a mostly tedious infrastructure problem. But I’m willing to bet we’re not much more than five years away from either one. There’s certainly no reason to think it will take decades.

¹This originally said “about ten minutes.” ABB claims they can do a 200-kilometer charge in eight minutes, so I figured a 200-mile charge would take “about ten minutes.” However, reader RJ wanted to check this out and contacted ABB. They said 12-15 minutes. So I’ve corrected the text.

²Artificial intelligence is an example of this. We’re still in what I’d call the proto-AI stage, and yet it’s pervasive and useful even in its current crude form. It doesn’t have to work to become widely accepted because it already is—and it will simply get more useful as it continues to improve. Other technologies, like early automobiles, took a couple of decades to get to a point where they were useful for ordinary people at mass-market levels.