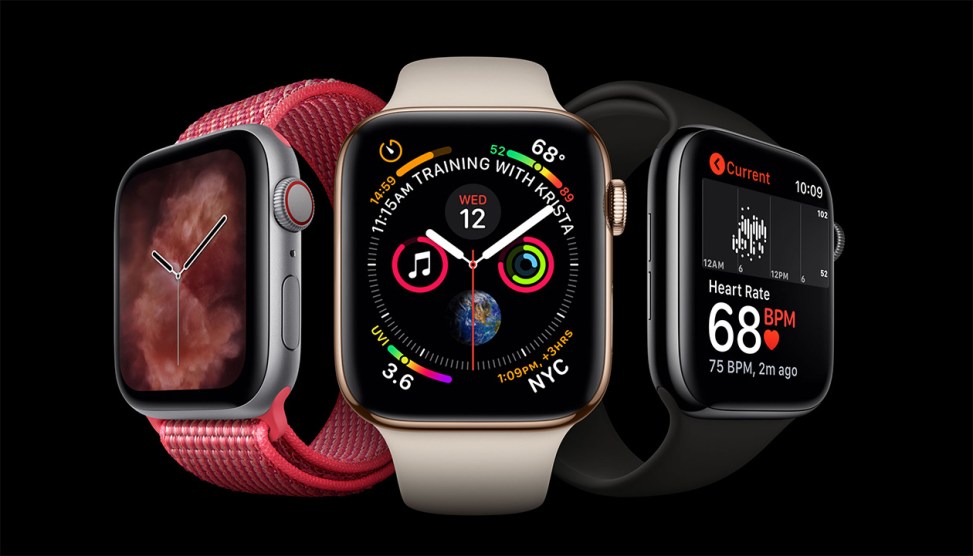 Behold the fabulous new Apple Watch, which for some reason will not be subject to Donald Trump's new tariffs. Lucky Apple.Apple Inc.

Under normal circumstances, Thursday is evil dex day and Sunday is crash day. This is just the nature of the beast. Three days after taking the stuff, it wears off and I crash for five or six hours.

But this week I took the dex on Friday, so today was crash day. But this was no ordinary crash: I think the lights went out around 10 am and I didn’t fully pull out of it until 6 pm. I have no idea what made it so extreme this time, but I’m now seriously thinking of following my doctor’s advice (or permission, I suppose) to just go ahead and reduce the dex from 20 mg to 12 mg each week. This is ridiculous.

So what happened while I was basically in a coma?

If we’re grading on a curve, I suppose this counts as a pretty average day. Of course, we’re also dealing with the aftermath of a huge hurricane and we have a Supreme Court nominee who’s been credibly accused of attempted rape. In the Trump Era, though, I suppose even this isn’t enough to nudge the needle very far off normal.

BY THE WAY: This came up at the panel discussion I was on last Thursday, so I’m going to repeat it now. Despite the intense craziness of the Trump presidency, I still fundamentally believe the world is plodding along pretty normally. Liberal democracy is doing fine. Anti-immigrant sentiment is temporary. Brexit is a fluke. It’s unsurprising that a couple of eastern European countries are backsliding on authoritarianism. The economy is OK.

On a scale of zero to World War II, the current threats to liberal democracy are barely noticeable. Donald Trump is an insect compared to Mao or Stalin or Hitler or even peanuts like Nasser or Noriega. Brexit is stupid, but Britain will survive. Vladimir Putin may want to recreate the Soviet empire, but so far he’s managed to recover only a few square miles. And the Middle East is the same as it’s been for the past half century.

I sure hope everyone helps prove me right—or at least helps to get the ball rolling on proving me right—in November.