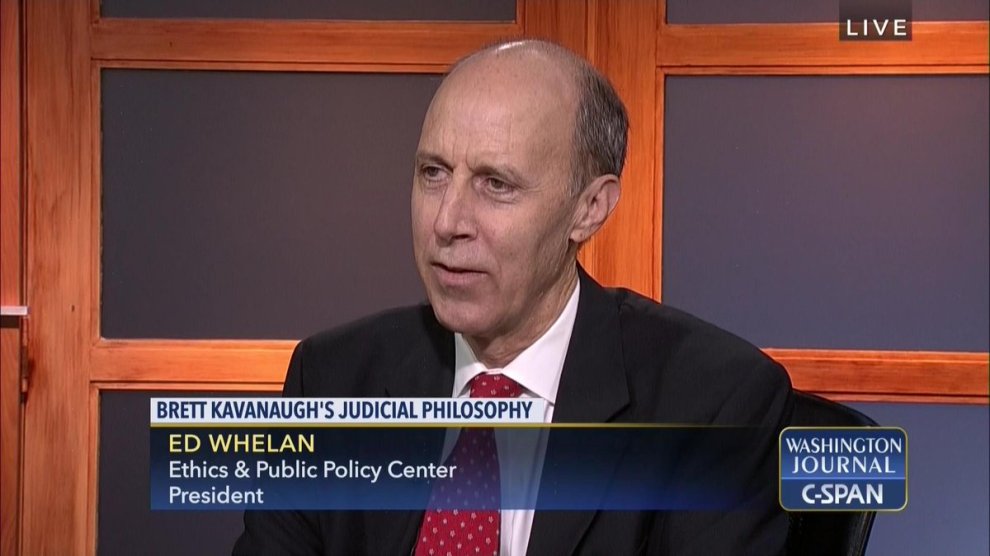 Today has been beyond bizarre. The allegations by Christine Blasey Ford of attempted rape against Brett Kavanaugh continued to play out, but then in the late afternoon the whole story careened completely over a cliff. I am, literally, almost afraid to write about it, so I’ll let the Washington Post tell the story:

The nomination was roiled further late Thursday by incendiary tweets from a prominent Kavanaugh friend and supporter who publicly identified another high school classmate of Kavanaugh’s as Ford’s possible attacker. Ed Whelan, a former clerk to the late justice Antonin Scalia and president of the Ethics and Public Policy Center, pointed to floor plans, online photographs and other information to suggest a location for the house party in suburban Maryland that Ford described. He also named and posted photographs of the classmate he suggested could be responsible.

Ford dismissed Whelan’s theory in a statement late Thursday: “I knew them both, and socialized with” the other classmate, Ford said, adding that she had once visited him in the hospital. “There is zero chance that I would confuse them.”

I gather that Whelan has been shopping this story around for a few days, but apparently no one was buying it. So he went ahead and tweeted it himself. What makes this weird beyond reckoning is that Whelan admits he’s just speculating:

To be clear, I have no idea what, if anything, did or did not happen in that bedroom at the top of the stairs, and I therefore do not state, imply or insinuate that […] or anyone else committed the sexual assault that Ford alleges.

Whelan can say this until he’s blue in the face, but it doesn’t matter: his tweetstorm is prima facie libelous unless he can deliver the goods. This is why I’m not mentioning the person’s name or linking to Whelan’s tweet. Unlike Whelan, I’m no lawyer, and there’s no way I’m taking any chances with this. What’s more, it’s wildly unfair to the non-famous person who Whelan fingered. And that’s not all. There’s more!

Whelan has been involved in helping to advise Kavanaugh’s confirmation effort and is close friends with both Kavanaugh and Leonard Leo, the head of the Federalist Society who has been helping to spearhead the nomination. Kavanaugh and Whelan also worked together in the Bush administration. Kavanaugh and his allies have been privately discussing a defense that would not question whether an incident involving Ford happened, but instead would raise doubts that the attacker was Kavanaugh, according to a person familiar with the discussions.

If Kavanaugh himself is even remotely involved in this, he’s toast.¹ It’s beyond belief that a Supreme Court candidate might have something to do with a wild allegation like this, but given the fact pattern in the Post account, it’s also a little hard to believe he wasn’t aware of what Whelan was up to. For what it’s worth, Steve Schmidt, who was George Bush’s communications strategist for Supreme Court nominations, seems to agree:

When I ran the Roberts and Alito confirmations Ed Whalen was the singularly most important and effective outside advisor involved in the confirmation effort. He knew every detail when it came to our strategy and everything he did was closely coordinated with the WH effort.

I have no idea how this is going to develop. Ford has categorically denied that she could have mixed up the two men. Will Whelan deliver something more on Friday? Will the guy he named speak to the press? Will someone else pop up with something to say? Will Anthony Kennedy withdraw his resignation from the Supreme Court? I’m just dumbfounded and disgusted by this whole affair.

¹Unless he can prove it, of course. Both Whelan and Kavanaugh are in the clear if they can demonstrate the truth of this allegation.