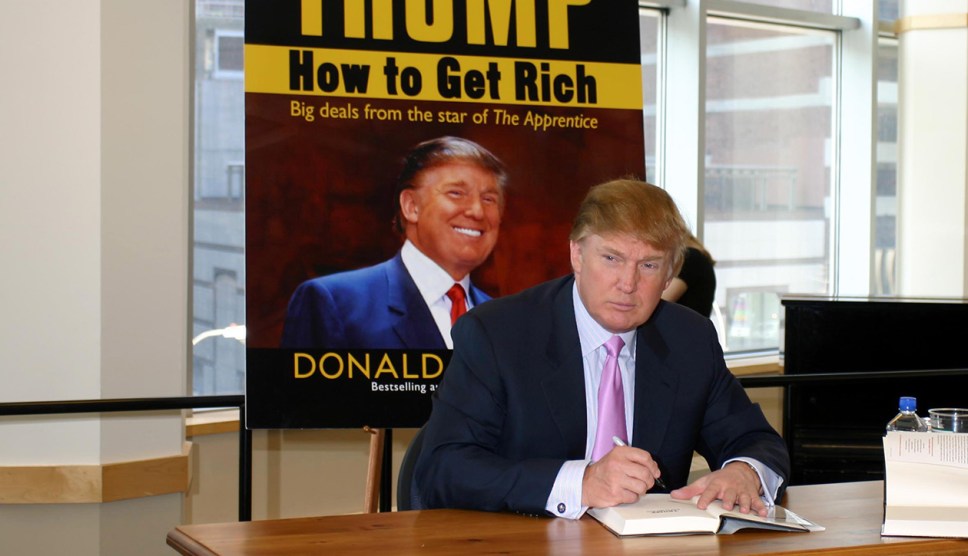 Yesterday the New York Times reported that the Trump family, including Donald Trump, had engaged for years in both outright tax fraud and an endless string of tax scammery that might or might not edge over into fraud. They also reported that far from being a self-made billionaire, Trump had received nearly half a billion dollars from his father over the years. Today, Trump responded:

The Failing New York Times did something I have never seen done before. They used the concept of “time value of money” in doing a very old, boring and often told hit piece on me. Added up, this means that 97% of their stories on me are bad. Never recovered from bad election call!

That’s it. Donald Trump, who brags constantly about graduating from Wharton, pretended that adjusting for inflation was some kind of rare wizardry and then blew off the whole thing. He didn’t even bother denying any of the charges in the article, all of which were based on brand new documentary evidence. Neither did his press secretary:

Asked to identify what in the article was incorrect, she said, “I won’t go through every line of a very boring 14,000-word story.” Instead, she said the article demonstrated that Mr. Trump’s father believed in him. “One thing the article did get right is it showed that the president’s father actually had a great deal of confidence in him,” she said. “In fact, the president brought his father into a lot of deals and made a lot of money together.”

Why does Trump think he can get away with this? It’s easy: this is precisely the kind of story that the press will forget almost instantly. It’s an exclusive to the New York Times, which spent over a year on it, and there’s very little prospect of following it up. There won’t be new documents dropped every few days. There aren’t people to interview to advance the story. There aren’t politicians with axes to grind who will start up investigations and keep generating news. As long as Trump himself ignores it, there’s very little the Times can do to keep this story in the public eye day after day.

In a world where Trump generates news at will almost daily, it’s doomed unless something miraculous happens to keep it going. Unfortunately, Democrats are too busy with other stuff and Republicans couldn’t care less if Trump is a crook. But who knows? Maybe the Times has a follow-up or two that they plan to drop in a few days.