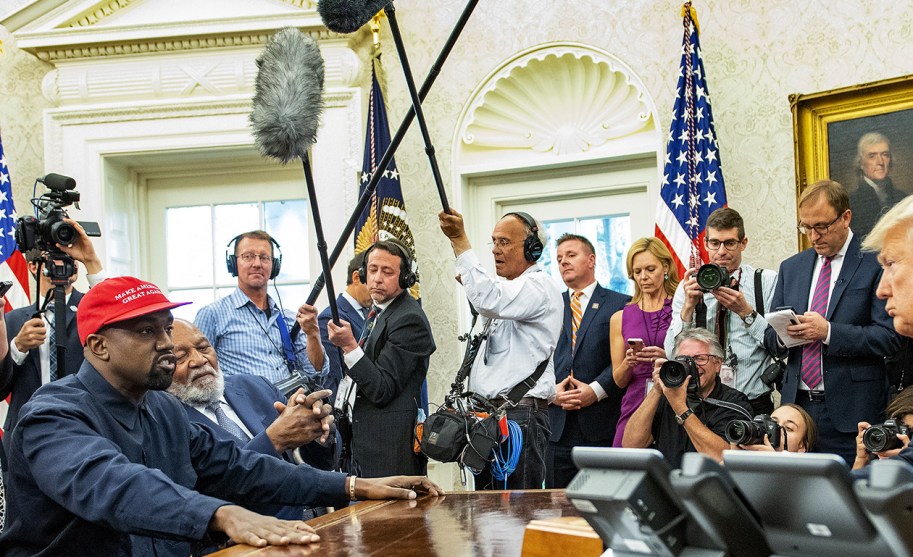 From Kanye West, the only man who can shut up Donald Trump:

I was diagnosed with bipolar disorder. I was connected with a neuropsychologist that works with the athletes in the NBA and the NFL. And he looked at my brain — it’s equal on three parts. I’m going to go ahead drop some bombs for you — 98 percentile IQ test. I had a 75 percentile of all human beings, but it was counting eight numbers backwards, (inaudible), so I’m going to work on that one. The other ones, 98 percent — Tesla, Freud.

“I had a 75 percentile of all human beings.” In other words, a perfectly respectable IQ of 110. But Kanye somehow thinks if he can get better at counting eight random numbers backward—a common part of many IQ tests—he’ll boost his IQ to 130.

Two things about this. First, this isn’t how IQ tests work. A weak performance on a single subtest of a single subsection just won’t have that big an effect on the overall score. Second, no matter how hard he tries, Kanye probably won’t be able to keep eight random numbers in working memory long enough to recite them backward. Why? Because he has an IQ of 110.

But who cares? No one needs a high IQ to write beautiful poetry or powerful rap—which I’m told he does, though I’ve never listened to any of it. I’m afraid Schubert is more my thing. In any case, Yeezy then took some questions. The first one was about crime in Chicago. Kanye said he was opposed to stop-and-frisk, and then turned to jobs:

We’re going to need to get a few breaks to be able to have some places in my hometown of Chicago, and 2.7 million to the 9 million surrounding suburbs where we can create some factories. Now, I think it would be cool for them to be Trump factories, because he’s a master of industry. He’s a builder. And I think it would be cool to have Yeezy ideation centers, which would be a mix of education that empowers people and gives them modern information like — sometimes people say, “This kid has ADD. This kid has ADD.” He don’t have ADD. School is boring. It was boring. It’s not as exciting as this. We have to make it more exciting. We have to mix curriculums.”

Two things again. To the best of my knowledge, Trump has never build a factory. He has no clue how to run a factory. Second, Kanye has no idea what an “ideation center” is, and would quite possibly be the worst person to run one anyway. I mean, what could go wrong?

There was also some stuff about the 13th Amendment being bad because 13 is bad luck; how Trump personally stopped a war with North Korea that would have cost millions of lives; the need to empower pharmaceuticals; the president should have a hydrogen-powered airplane; and how MAGA hats give him a lot of power and “male energy” that he lacks in the rest of his life.

Finally, I guess we’re not supposed to make fun of Kanye because he has a mental illness. Is that right? But I dunno. I’ll grant that he often acts mentally ill, and he’s variously claimed to have periodic hallucinatory episodes; addiction to opioids; and bipolar disorder—though he told Trump that this was a misdiagnosis and he had just had sleep deprivation. In any case, he doesn’t seem to have any formally diagnosed mental illness that anyone knows about, so for now I’ll just treat him like I would any high-profile weird guy. I wish him the best of luck, and I’m happy that he seems to bring exhilaration to millions of fans. But he’s still a helluva strange and unhinged person, and I wish he were willing to seek out a little more professional help than he’s been willing to so far.