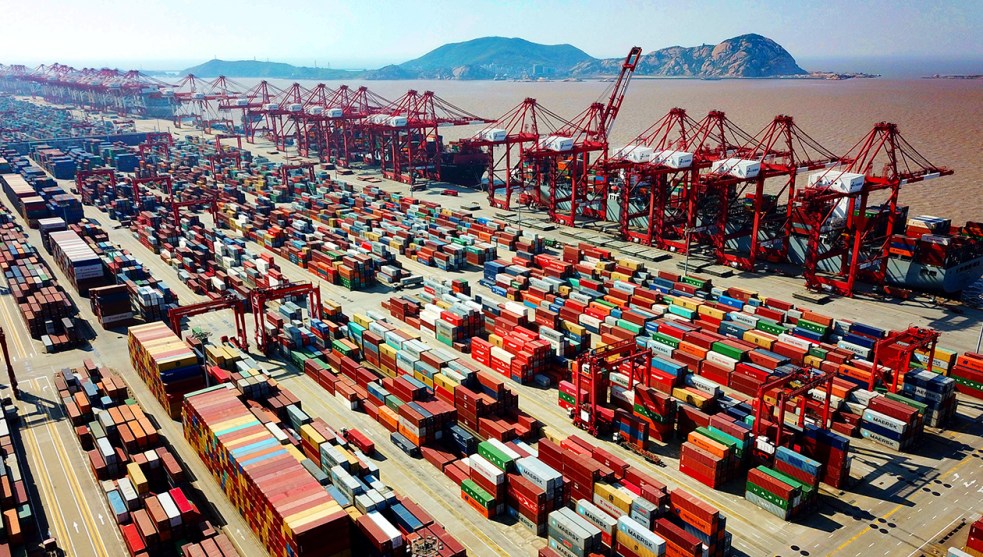 The Yangshan Deep Water Port, in east Shanghai, is the largest cargo port in the world.SIPA Asia via ZUMA

The underlying principle, as Mr. Trump himself said in unveiling the North American accord this week, is that trade partners should consider it “a privilege for them to do business with us.” Access to the U.S. market will become increasingly contingent on countries adopting American rules and standards, from intellectual property protections to higher wages.

Now, this is nothing new even though Trump probably doesn’t know it. US presidents have pushed other countries for years to adopt American rules on IP, financial access, and other services that benefit American corporations. It’s just standard trade treaty negotiation, and all of this stuff was part of the TPP that Trump tossed out when he became president.

But then the Journal mentions one other thing. Trump apparently included several clauses in the new USMCA that don’t really have much effect on either Canada or Mexico, but are included as a sort of template for future agreements he hopes to negotiate:

The U.S.-Mexico-Canada deal could complicate Britain’s emerging strategy for crafting its own independent commercial diplomacy once it breaks from the EU. Britain hopes to achieve separate free-trade pacts with both the U.S. and China.

But the Trump administration seeks to add clauses in future deals that allow the U.S. to withdraw if a trade partner forges a separate deal with a “nonmarket economy”—a clear reference to China. That could force Britain to choose between Washington and Beijing.

So…if you negotiate a trade deal with China, you can’t also negotiate one with the US? Is that as crazy as it sounds? Can some experts weigh in? And even if it’s not totally crazy, how dangerous is it? If they were genuinely forced to choose, how many countries would choose the US over China? I’m not so sure. As near as I can tell, Trump’s idea of brilliant negotiating is to threaten 25 percent tariffs on everything if you don’t cut a deal with him, but that’s nowhere near as clever as he seems to think. And if that leverage is mostly a mirage, there are lots of countries that would probably prefer a trade agreement with China to one with Trump’s America. In fact, threatening to do a deal with China might provide them with leverage over Trump.

Anyway, the whole thing sounds pretty laughable. It also sounds very Trumpish. But I repeat myself.