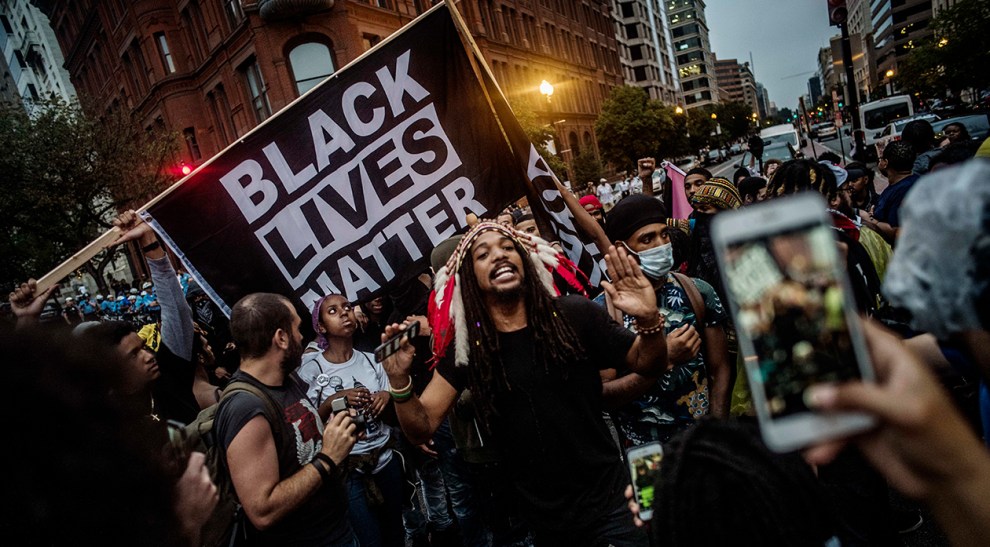 Over at National Review, Kyle Smith recommends a new article in the Claremont Review of Books about the evolution of racism:

William Voegeli does yeoman’s work in teasing out the various ways the Left has redefined racism to mean something other than the dictionary meaning. “‘Racism,’ then turns out to be opposition to, or merely skepticism about, the entire social justice project. Social justice leftists doubt their ability, for the foreseeable future, to win assent to that project by advocating its merits.” So they resort to calumny instead.

Indeed, Voegeli has a 6,000-word essay about exactly this. Its hook is the Sarah Jeong affair of a few months ago, and it’s fairly predictable: a mishmash of anecdotes from the farthest reaches of the social justice left combined with an insistence that their attitudes are taking over the entire liberal project. For example:

In Developing New Perspectives on Race (1970), the academic psychologist Patricia Bidol-Padva appears to have been the first to distill these thoughts and sentiments into the declaration that racism equals prejudice plus power….For social justice leftists indoctrinated in this viewpoint, it is now self-evident that racism has nothing to do with a person’s attitudes about racial groups, and everything to do with where one stands on questions of redistributive justice among such groups. The words of one blogger reflect the resultant bullying certitude: “Your first step is to accept that ‘a hatred or intolerance of another race’ is not the definition of racism. The dictionary is wrong. Get over it.”…Some of [Sarah Jeong’s] defenders drew out broader implications of these critiques. For journalist Tiffanie Drayton, writing for the pop culture website the Daily Dot…

Let’s take a short break to assess things. Voegeli provides, as examples, an academic text that’s 50 years old; a “blogger”; and someone who writes for the Daily Dot. I am not, so far, feeling overwhelmed by the mainstream power of these folks. Nor does the rest of the essay help. Some of the people Voegeli calls out are better known, but it’s still just an aimless mishmash of lefty quotes that are mildly extreme or highly debatable or something similar. To my ear, they’ve been curated by Google—as so many essays are these days—and don’t really add up to much of anything. They certainly don’t add up to any kind of serious engagement with modern racism.

Just the opposite, in fact. It’s pretty clear from the start that Voegeli has no intention of, say, providing us with an idea of what he thinks racism is and how it should be fought. His job is merely to provide intellectual cover for Donald Trump’s jeremiads against political correctness and leave it at that. You could easily read his whole essay and come away with the notion that racism in America barely even exists anymore, while the real threat comes from all the lefties who oppose racism and occasionally go a little too far for his comfort. This belief is now so standard on the right that it barely even needs to be defended with anything like a coherent argument: just toss out a few examples here and there and everyone will understand exactly what you’re saying. So why bother with more?

It’s too bad, because the truth is that some of the more extreme precincts of the left could use a serious challenge on this score in order to sharpen their thinking. Essays like Voegeli’s, by contrast, are totally ignorable. I mean, does he seriously think that power has nothing to do with racism in practical terms? That hardly seems possible. So why not mount an argument that takes racism seriously and then reflects on how power intersects with racial fears and attitudes in America? The sad part is that Voegeli actually takes a brief stab at this:

A good place to begin evaluating the social justice Left’s redefinition of racism is to point out that power is far too variegated and complex to align so neatly with a simple racial hierarchy. By any measure, a Korean-American journalist with a J.D. from Harvard, who joins the editorial board of one of the world’s most influential media outlets, is a powerful person. The same cannot be said of the online adversaries who trolled her, or the white working-class Trump voters she berated as “literal Nazis.” Jeong, like the social justice leftists who deride the idea that her anti-white tweets were racist, wants things both ways, to exercise power while retaining the moral authority and expressive latitude that come from claiming oppression. An unemployed factory worker in the Rust Belt, by contrast, is obliged by his vast white privilege to self-censor constantly, lest some unguarded remark betray his bigotry and fortify the power structure that victimizes non-whites. If he proves too obtuse to recognize this duty, or too hateful to discharge it, that’s only further proof of racism—his and America’s.

There is an essay worth spinning out here, but only if it starts with a mutual understanding that white racism is still endemic in America; still mostly hurts people of color; is mostly pretty quotidian; and continues to demand action from those of us with the power to do something about it. Start there, and a look at the changing nature of America’s power structure might be useful and provocative. Start anywhere else, as conservatives almost all do these days, and you’re just making excuses for Donald Trump and his pals.