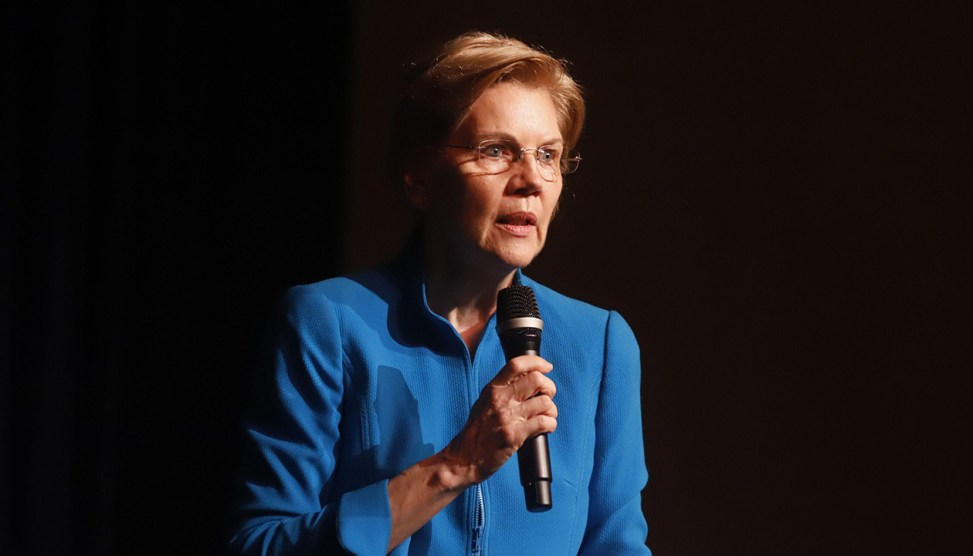 Is a wealth tax constitutional? I’ve now read two law review articles about it. The first one is a recent article by Dawn Johnsen and Walter Dellinger, which I didn’t find especially convincing. So, perhaps unfairly, I’m going to skip it entirely and focus instead on a 1999 article by Bruce Ackerman.

First, though, a brief recap. As you’ll recall, the issue is not that Congress can’t enact a wealth tax. It clearly can. However, if a wealth tax is a “direct” tax, then it has to be levied in proportion to the population of each state. This is wildly impractical and effectively makes such a tax impossible. So the constitutional question is simple: is a tax on personal property a direct tax? Here’s a very brief summary of Ackerman’s historical exposition:

No matter what you think of Pollock—and Ackerman doesn’t think much of it—it’s obvious that the key issues here are items #4 and #5. Let’s take them in order.

When Congress first debated the 16th Amendment, Republicans introduced text that referred to “direct taxes on incomes.” This would have explicitly accepted the Pollock formulation that income taxes were direct taxes, even as it made them constitutional. But if you accept the Pollock formulation, then you’re also implicitly accepting that taxes on personal property are direct taxes. Progressives understood the trap and insisted on removing the word “direct.” In the end, the 16th Amendment was deliberately limited to income taxes, saying nothing one way or the other about wealth taxes.

Ackerman is critical of later Supreme Court decisions which rely on the fact that the 16th Amendment says nothing about wealth taxes, and he may be right about that as a matter of legislative history. But even if one or two early decisions used faulty reasoning, it remains the case that the Supreme Court has never overturned Pollock even as it’s vastly expanded the taxing power of Congress. Why?

Ackerman provides two reasons. The first is that the New Deal Court swept aside the old constitutional order so swiftly in the late 30s and early 40s that even New Deal opponents gave up on opposing it:

By 1941 or so, the New Deal precedents were so overwhelming that all lawyers—regardless of their personal political opinions—had come to recognize that more bitter-end lawsuits were pointless. As a consequence, the Supreme Court reports from the 1940s and 1950s do not contain an endless series of cases tediously overruling each and every doctrinal detail of the old constitutional order. Indeed, we do not even have a square New Deal holding expressly overruling so famous a case as Lochner.

This is not very convincing. You can’t simply note the absence of cases about Pollock and immediately conclude that this was because everyone agreed it was a dead historical artifact. This is especially unconvincing since Ackerman acknowleges that the Court had an easy opportunity to overturn both Pollock and a related case in 1943 and declined to do so.

What’s more, if Ackerman is correct that Pollock remained good law in the postwar era only because no good test cases came before the Court, what happened when a test case finally did come before the Court? This brings us to Ackerman’s second reason that the Supreme Court has never overturned Pollock: he says they have, sort of.

But this argument is even more treacherous than the first one. In 1988 the Court considered a case having to do with taxation of bearer bonds, which happens to be a lesser-known part of the Pollock decision. Although the Court reversed Pollock on this narrow issue and upheld the federal government’s power to tax the income from state bonds, it once again failed to simply overturn Pollock. Ackerman excuses this by suggesting that the Court’s description of Pollock as “premodern” meant they considered it a “relic whose constitutional premises have long since been repudiated.” This seems faintly ridiculous. Why bother with this kind of circuitous language if what they really wanted to do was overturn Pollock? As Ackerman concedes:

To be sure, the Court’s opinion in Baker does not explicitly cover the precise terms of our problem—technically speaking, it overruled Pollock only insofar as it granted blanket protection to the tax exemption for state and local bonds, and did not address Pollock’s teachings on the scope of the “direct tax” clauses.

So even given the opportunity, the Court refused to flatly overturn the main holding of Pollock. This fact looms above all others, and all the reasoning from absence in the world doesn’t change it. The Court had opportunities to overturn Pollock in the early 20th century, when it was intensely unpopular. It didn’t. It had another chance in 1943, at the height of the New Deal’s constitutional reordering. It still didn’t. And it had another chance in 1988, which is very much part of the current era of the Court. But it still didn’t. So Pollock sits there, possibly a relic, but nevertheless still on the books and still good law until it’s explicitly overturned.

Now, given all that, do I think a wealth tax is clearly unconstitutional? Not necessarily! After all, the original understanding of “direct taxes” didn’t include wealth taxes, and Ackerman makes a colorable case that the course of Supreme Court opinion since the New Deal has undermined nearly all of the pillars of Pollock. However, I think the arguments supporting its constitutionality are fairly weak—and this is important, since a wealth tax would inevitably end up before the Supreme Court. As we learned with Obamacare, the current Court is willing to cling to nearly any argument if it advances a conservative program, and they wouldn’t even have to try very hard to uphold Pollock and declare a wealth tax unconstitutional. This is something to keep closely in mind, especially since it’s likely that there are plenty of other taxes that would accomplish much the same purpose and have no constitutional problems.

UPDATE: Here’s another recent Supreme Court take on Pollock that I didn’t know about when I first wrote this post. As you know, Obamacare was upheld in 2012 when Chief Justice John Roberts decided that the individual mandate should be viewed as a tax. Since Congress’s tax authority is nearly unlimited, that made the mandate legal.

But of course, that tax authority isn’t completely unlimited. It’s limited by Pollock, so Roberts had to consider whether the tax penalty in Obamacare counted as a direct tax. Roberts wrote that during most of the 19th century, the Court narrowly interpreted the meaning of “direct”:

A tax on going without health insurance does not fall within any recognized category of direct tax. It is not a capitation….The payment is also plainly not a tax on the ownership of land or personal property.

This is not any kind of precedent, and a ruling on Obamacare is obviously not an appropriate vehicle for overturning Pollock. Nevertheless, the fact that Roberts accepts Pollock’s interpretation without comment suggests that he—and the other conservatives on the Court—might very well be willing to accept Pollock in the future. In his dissent, Justice Scalia draws no conclusion one way or the other, but he does call it a “difficult constitutional question of first impression.” In other words, none of the Court’s conservatives, as recently as 2012, appear to consider Pollock merely a dead letter.