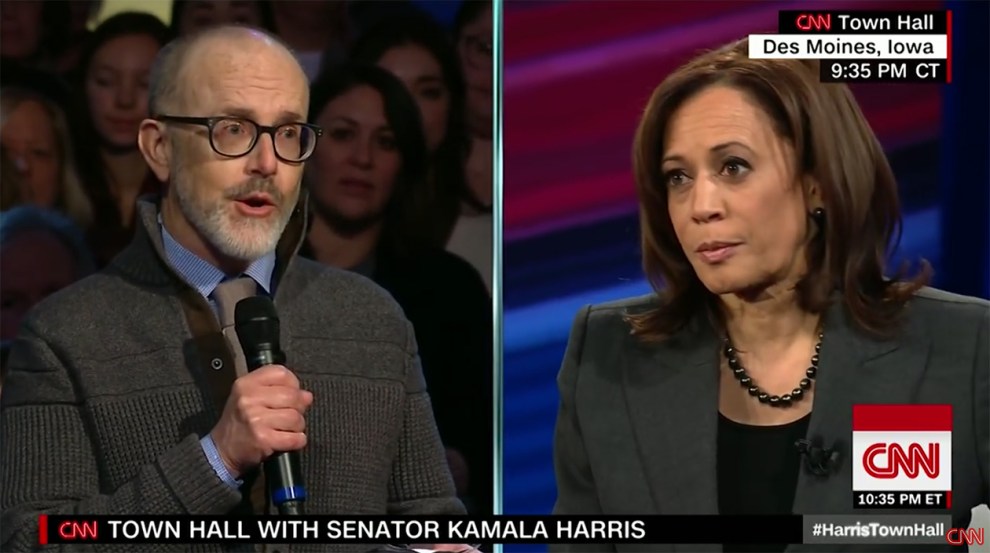 I watched bits and pieces of Kamala Harris’s townhall meeting on CNN, and the audience certainly seemed to like her. I like her too! She’s a good speaker and she knows how to work a room. Still, I wish more Democrats would learn the lesson of 2016: both Bernie Sanders and Donald Trump earned big followings by talking like ordinary human beings rather than politicians. Audiences will stay more engaged—and cable news will put you on air a lot more—if you talk as if you weren’t reading off cue cards.

On the policy front, there’s an interesting choice to be made between our two frontrunners, Harris and Elizabeth Warren. Harris wants a big tax cut for the poor and middle class. Warren wants a big tax hike on the rich. Which would you prefer? For my money, I’d prefer the tax hike as a way of paying for universal health care. This combination would more effectively redistribute income, if that’s your goal, and would certainly do more for the poor and working class than yet another expansion of the EITC. If we ever truly want universal health care, I think we have to finally acknowledge that we can’t keep promising more tax cuts for the middle class.

And as long as we’re on the subject, I see that former Starbucks CEO Howard Schultz engaged in one of my pet peeves today: saying that we have to stop promising people “free health care.” Bah. Universal health care is no more “free health care” than Social Security is “free retirement.” We pay taxes, we get health care. Nobody calls it “free” except for the folks who don’t like it.