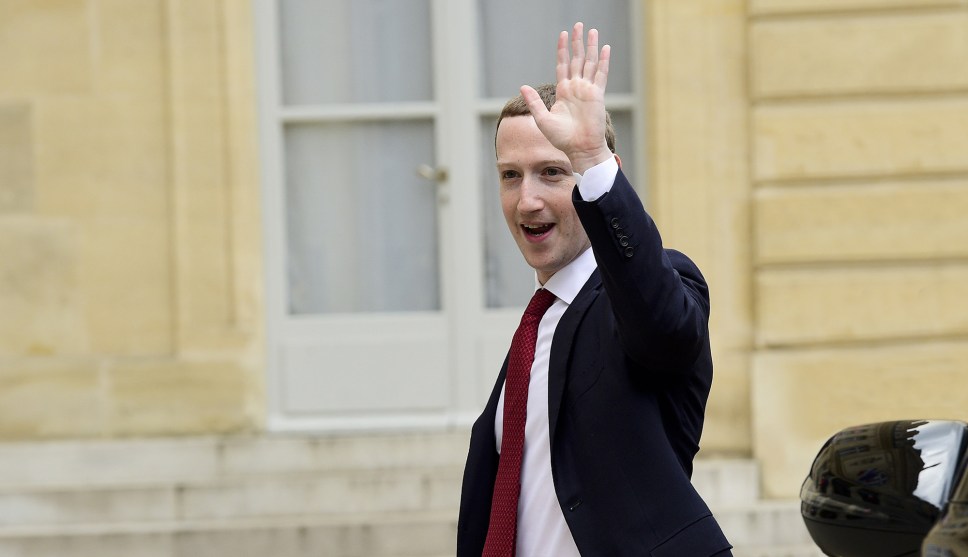 Within the company, the unearthing of the emails in the process of responding to a continuing federal privacy investigation has raised concerns that they would be harmful to Facebook—at least from a public-relations standpoint—if they were to become public, one of the people said. The potential impact of the internal emails has been a factor in the tech giant’s desire to reach a speedy settlement of the investigation by the Federal Trade Commission, one of the people said.

It’s not clear when these email exchanges took place, but the Journal does describe one that took place seven years ago:

In one email exchange from April 2012 that has caught regulators’ attention, according to a person familiar with the matter, Mr. Zuckerberg asked employees about an app that claimed to have built a database stocked with information about tens of millions of Facebook users. The developer had the ability to display that user information to others on its own site, regardless of those users’ privacy settings on Facebook, the person said.

Mr. Zuckerberg wanted to know if such extensive data collection was possible and if Facebook should do anything to stop developers from displaying that data, the person said. Another employee responded to Mr. Zuckerberg’s question, saying it was possible and many developers do the same thing but adding it was a complicated issue, the person said. The discussion continued without Mr. Zuckerberg or anyone else suggesting by email that the company investigate how many other apps were stockpiling user data.

….That email exchange occurred after the FTC’s consent decree had been announced but before it went into effect. The decree says Facebook must honor a user’s privacy settings and not share data without a user’s explicit permission. If it had been in effect at the time, the stockpiling of such user data would potentially have violated it. Mr. Zuckerberg’s message seemed to indicate he was aware of that, according to the person who was familiar with the exchange.

Three years later, we learned that Cambridge Analytica had been harvesting Facebook data. After that became public, Facebook asked Cambridge to remove the data, but never bothered to check if they had done so. They hadn’t. Three years after that, the whole thing blew up when a whistleblower came forward to tell the whole story. The FTC’s emails seem to suggest that Zuckerberg and others were well aware of what was going on and just didn’t bother doing anything about it.