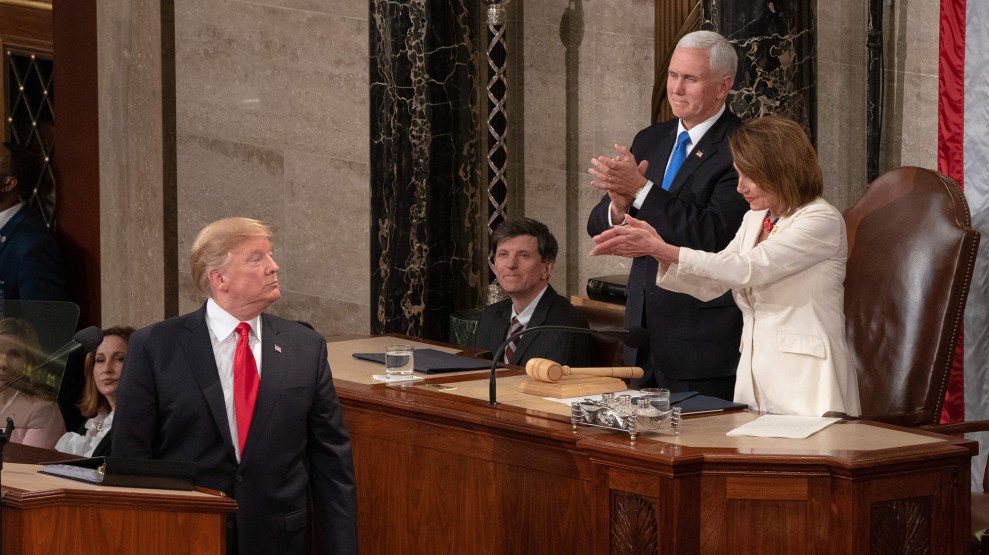 Atrios attracts my attention today with this headline:

Look Like You’re Doing Something
But don’t actually do anything.

The link is to an Alex Pareene piece about a prescription drug plan that’s supported by Nancy Pelosi. The plan is pretty simple: the HHS secretary would be required to negotiate lower prices for at least 25 prescription drugs each year. If a negotiation is unsuccessful, the GAO would be allowed to set a price close to the typical amount charged for the drug in other countries. Here’s Pareene:

Do Democrats Actually Want to Make Drugs Cheaper?
Or are they just looking to cut a deal for the sake of cutting a deal?

….The basic, blinding flaw in this proposal is to task Donald Trump’s health and human services secretary, a former pharmaceutical industry executive and lobbyist, with deciding, at his personal discretion, to negotiate the prices of “at least” 25 drugs. But even without that bit of biographical detail, you can already figure out the various ways that a price intervention all but designed to function as anything but a serious curb on drug pricing can’t possibly work, right?

For one thing, America’s unique dilemma in need of remedy is “drug costs,” not “25 drugs’ costs.”…AARP’s Public Policy Institute last year tracked the retail prices of hundreds of brand-name drugs commonly prescribed to older Americans and found that more than 200 of them increased in price beyond the rate of inflation in 2017.

….We must again remind any readers given to policy transports driven by logic and sound political calculation that the current, non-hypothetical HHS secretary is a former pharmaceutical industry executive. We must also gingerly remind said readers that all available evidence from the last 40 or so years of hard-right governance in Washington shows that Republicans will always place industry profits above their constituents’ needs.

I adore Pareene’s Dorothy-Parkeresque poison pen, and I’m reluctant to run the risk of having it turned on me. It would probably seem a little less charming then. Still, I want to point out that Pelosi is likely a step ahead of him. Sure, this plan will accomplish nothing now, but how about in 2021, after President Warren nominates Michael Moore to be her HHS secretary? It would be handy to have a law already in place that allows—nay, requires—the negotiation of “at least” 25 drug prices. My guess is that this would be translated as “approximately all” and that Mr. Roger & Me would be delighted to allow negotiations to fail so that prices could default to a European level. This could be one of the greatest bills of all time!

Needless to say, there are at least one or two Republicans who can figure this out too, which means this plan has no chance of going anywhere. So why not support it and make Republicans look like the bad guys? What’s not to like?