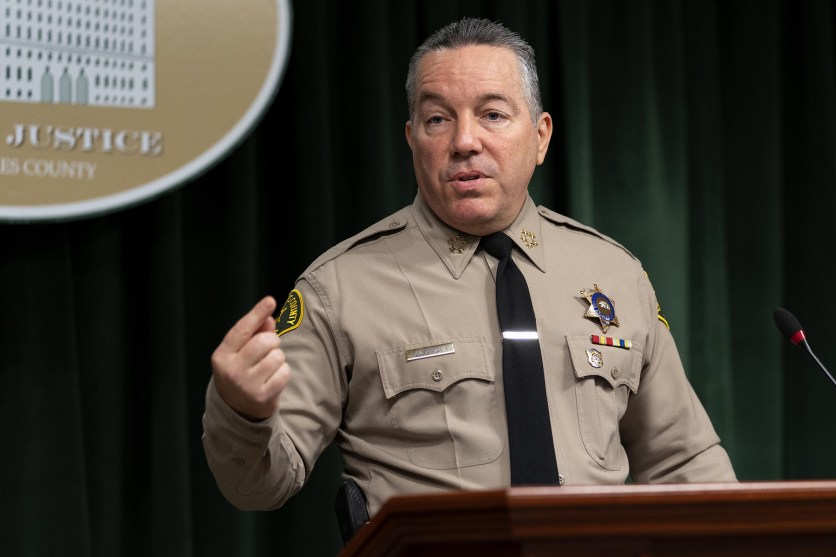 Last year Alex Villanueva was a surprise winner against the incumbent in the race to become the new sheriff of Los Angeles County. I don’t live in LA so I’ve followed this only from afar, but as near as I can tell Villanueva’s main goal in office is to rehire deputies who have been fired for a variety of offenses, including unreasonable force, domestic violence, lying, and so forth. He started off with a couple of rehires, then announced six more, and apparently the total is now up to a couple of dozen or so.

Today, however, another bomb hit:

A top official in the Los Angeles County Sheriff’s Department said she left the agency after 34 years rather than carry out what she said was a “highly unethical” and “unheard of” directive from Sheriff Alex Villanueva to reinstate a fired deputy and alter his disciplinary record, court papers reviewed by The Times show.

Alicia Ault, who served as chief of the department’s professional standards and training division before her resignation last year, said she was told by the incoming sheriff’s chief of staff that it was Villanueva’s “No. 1 priority” to reinstate Caren Carl Mandoyan before Villanueva took office so it would appear to have been done by the administration of former Sheriff Jim McDonnell, according to a deposition she gave in the county’s lawsuit over the reinstatement, which was filed in court Wednesday.

….The legal filings Wednesday also include a deposition from Villanueva’s former second-in-command, Ray Leyva, who was abruptly fired in March. Leyva said under oath that he reviewed video evidence in Mandoyan’s case that showed the deputy tried to pry open a woman’s door and had indeed lied about it, as investigators initially found.

Villanueva seems to have won the election primarily by promising to toss ICE agents out of county jails, which earned him a lot of support from the Hispanic community. So far he’s kind of done that and kind of hasn’t, but in any case his top priority by far has been a so-called “truth and reconciliation” committee whose job is to reinstate fired deputies and make it clear that everyone knows the good old days are back. There will be no more harassment of deputies for picayune offenses like beating people up or filing false reports. I guess the good times are really rolling up in LA these days.