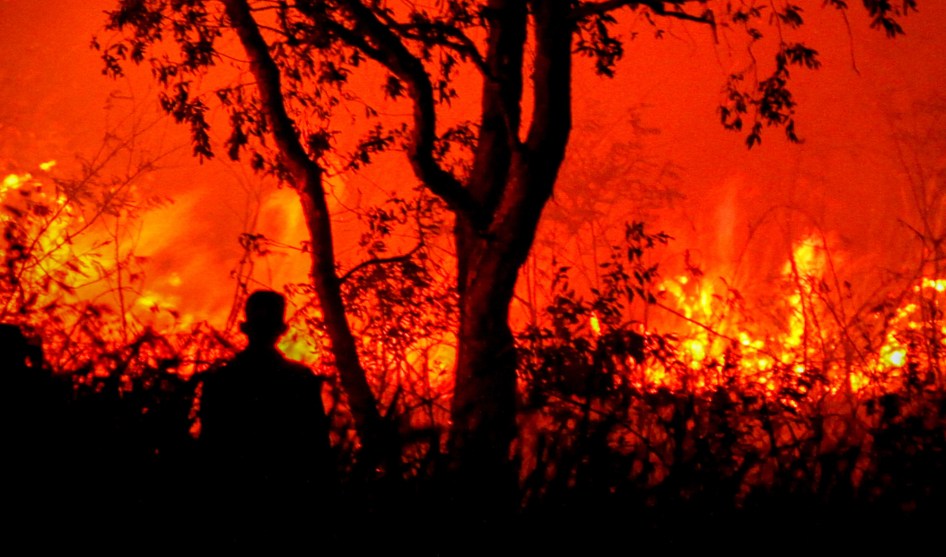 In the Washington Post today, Jamil Zaki asks a question:

About 70 percent of Americans believe that the climate is changing, most acknowledge that this change reflects human activity, and more than two-thirds think it will harm future generations. Unless we dramatically alter our way of life, swaths of the planet will become hostile or uninhabitable later this century — spinning out ecological, epidemiological and social disasters like eddies from a current. And yet most Americans would support energy-conserving policies only if they cost households less than $200 per year — woefully short of the investment required to keep warming under catastrophic rates. This inaction is breathtakingly immoral.

It’s also puzzling. Why would we mortgage our future — and that of our children, and their children — rather than temper our addiction to fossil fuels? Knowing what we know, why is it so hard to change our ways?

Zaki’s answer is that we lack empathy on large scales. A single child who falls down a well excites tremendous empathy, but the starvation of millions doesn’t. And it’s even worse when the millions are decades in the future.

This is certainly part of the answer, but I think Zaki misses the real issue: halting climate change, as he himself says, requires us to “dramatically alter our way of life.” This is not something most people are willing to do, regardless of empathy. We may feel tremendous empathy for the child in the well or the victim of a tornado, but we still aren’t willing to dramatically alter our way of life to help them. At most we’ll send some money to the Red Cross.

This is something that too many people don’t get. What makes climate change different from other environmental calamities isn’t that it’s bigger or farther away or difficult to see. Those things all contribute to our inaction, but the key difference is that halting climate change requires us to dramatically alter our way of life. All of us. For a very long time.

Human beings aren’t wired to do this. You aren’t doing it. I’m not doing it. Europeans aren’t doing it. No one is doing it. We’re willing to make modest changes here and there, but dramatic changes? The kind that seriously bite into our incomes and our way of life? Nope.

When I mention this to people, a common reaction is disbelief. You really think people will let the planet burn before they’ll give up their cars? That’s exactly what I think, because it’s happened many times before. Over and over, human civilizations have destroyed their environments because no one was willing to give up their piece of it. They knew exactly what they were doing but still couldn’t stop. They have overfished, overgrazed, overhunted, overmined, and overpolluted. They have literally destroyed their own lifeblood rather than make even modest changes to their lifestyles.

Anybody who’s interested in constructing a realistic plan to fight climate change has to accept this. It’s the the single biggest obstacle in our way, and it can’t be wished away or talked away. As frustrating as it is, it has to be addressed on its own terms. Anyone not willing to do this simply because they don’t like it needs a very deep gut check about what they really think is important.