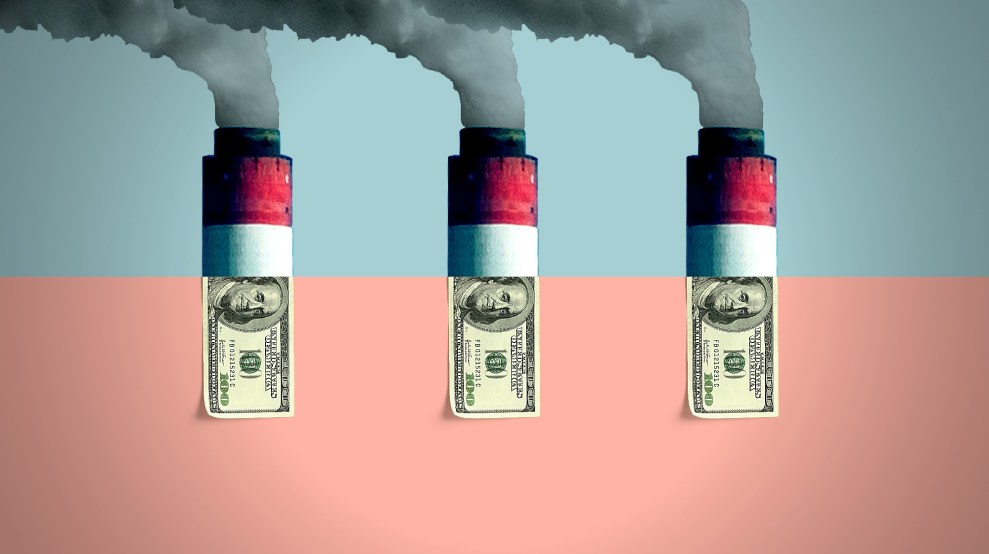 Yesterday I wrote that carbon taxes, by their nature, are regressive: they hurt poor families much more than richer families. To take care of this, most carbon tax proposals these days are versions of “tax and dividend,” in which part of the money is rebated to low-income families. I didn’t think much of that:

But now you have a different problem. The whole point of a carbon tax is to make energy more expensive so that people will use less of it. But if you just give the money back, it means people can use their dividend to partially offset that higher cost. They can go on using the same amount of energy as always with minimal pain.

This immediately brought me into the crosshairs of a surprisingly eminent group of economists, who unanimously say this just isn’t true. And according to conventional economics, they’re right. Here’s the argument:

Let’s say you double the price of gasoline from $3 to $6. That would raise about $2,000 from the average person. The goal, obviously is to get people to use less gasoline by making it more expensive compared to other options. Some people might start taking the bus to work. Some people might trade in their gas-guzzler for a Prius, or maybe even an electric car. Others would just cut down on driving around town.

But the effect on the poor would be dramatic. An extra $2,000 expense is bad enough if you earn $60,000 per year, but it’s devastating if you earn $20,000 per year. So let’s say we rebate $1,500 to all low-income families. It still causes them some net pain, but it’s now proportionate to what middle-class families feel.

So far so good. But here’s where the disagreement comes in. Conventional economics says the rebate has no significant effect on buying behavior. It’s just a slug of money that increases your income a bit. The price of gasoline is still way higher than it was before, and a slight income increase doesn’t change that. You still have roughly the same motivation to cut back that you did before.

But I don’t believe this, even though it’s textbook micro. Here’s the thing: this is a carbon tax rebate, and humans are not rational actors. That matters. There are three things that are likely to interfere with the textbook version of how a rebate would work:

Now, just to be crystal clear here: I’m not saying that a rebate eliminates the effect of higher gasoline prices. But I am saying that it weakens it, and I think it would be worth some study to figure out just how effective a tax-and-dividend plan would be in real life. My own guess is that at modest levels it would end up being too weak to be worthwhile, and at high levels it would be politically impractical. But that’s just my guess.

POSTSCRIPT: There’s an oddity here that might have already occurred to you. If a carbon rebate activates a mental accounting bias, why not just rebate the money some other way that’s not associated with the carbon tax? And we could do that. For example, we could impose a gasoline tax and pair it up with a reduction in the Social Security tax, which would favor poor families. Would that work? Probably! That really would be a slug of money out of nowhere and families would (a) barely notice it, and (b) not associate it with anything in particular. They’d just compare their income to the price of stuff they want to buy, and since the price of gasoline is way higher than it used to be, they’d buy less of it.

That seems pretty peculiar, but severing the rebate from the tax really would be a smart move. You’d still have elasticity problems to deal with, but even those get more tractable over the long term.