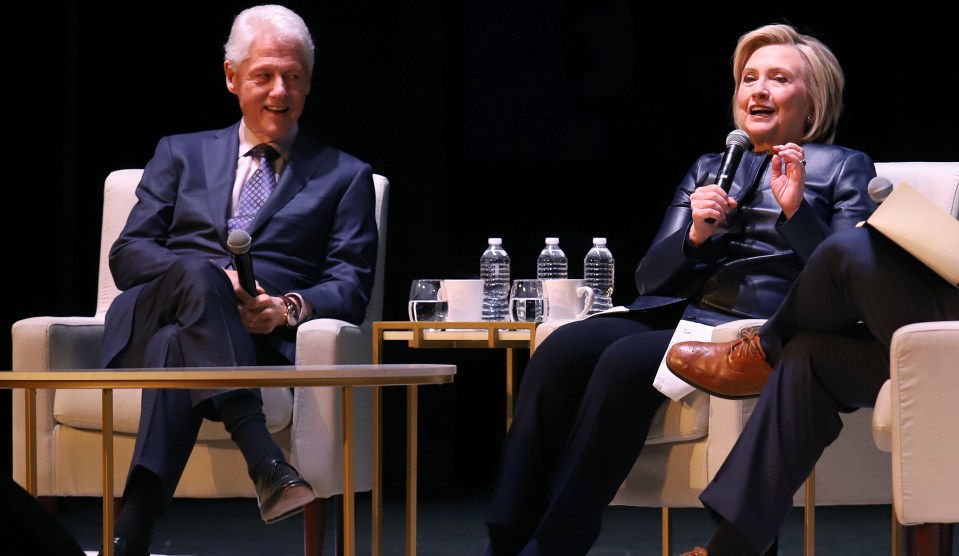 Today’s big gossip news is Hillary Clinton’s interview with the Hollywood Reporter, in which she confirms that she really, really doesn’t like Bernie Sanders. “Nobody likes him, nobody wants to work with him, he got nothing done. He was a career politician. It’s all just baloney and I feel so bad that people got sucked into it.” Plus he’s a massive sexist.

That should get people talking! But really, the most important part of the interview was this:

How can the left combat Fox News?

It’s really a shame that all the people who support progressive politics and policies haven’t understood that that’s exactly the right question to ask. We do have some well-off people who support Democratic candidates, there’s no doubt about that, but they’ve never bought a TV station. They’ve never gobbled up radio stations. They’ve never created newspapers in local communities to put out propaganda. That’s all been done not just by Murdoch and Fox, but by Sinclair and by the Koch brothers and by so many others who have played a long game about how we really influence the thinking of Americans.

It’s hard to overestimate the influence of Fox News. The radio talkers are one thing. Drudge is one thing. Breitbart is one thing. And they all form a cohesive ecosystem that envelops the conservative movement these days. But without Fox News they have no anchor. Fox is the sun around which they all revolve.

The problem, though, is that I suspect there’s no market for a Fox of the left. MSNBC is part of the way there, and they don’t have a fraction of the influence of Fox. For whatever reason, liberals simply don’t want to spend hours each day watching Fox-style propaganda. We prefer our propaganda in the form of humor; movies and TV shows; and subtler news outlets that temper their point of view with lots of actual facts about things. A media empire of the left probably wouldn’t be a moneymaker.

There are times when I wonder how things would be different if Rupert Murdoch had simply met different people at various times in his life. It’s not as if he’s been a consistent conservative ideologue, after all. He just wants to make money. But willy nilly, he discovered that he could make money in America with conservative news, so that was that. Conservative it would be. And our country has never been the same.