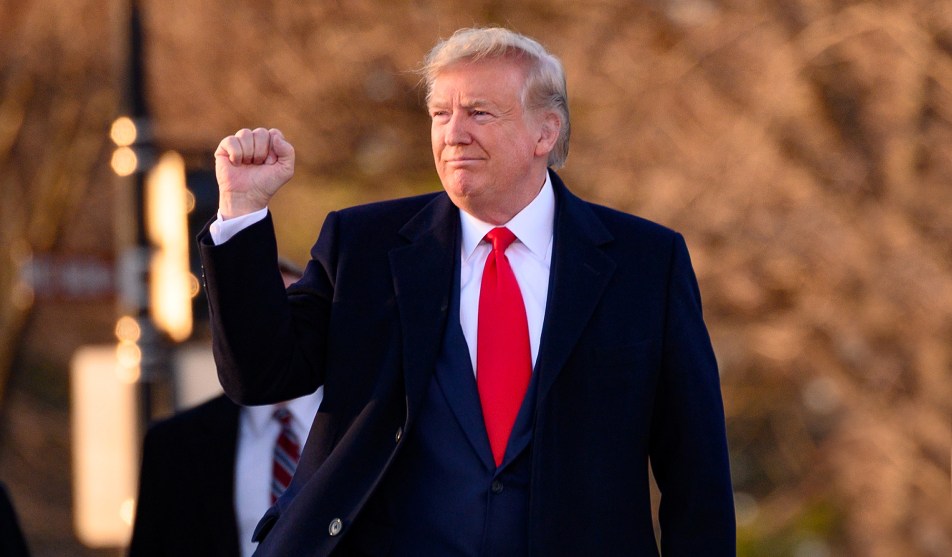 Scott Jennings, a longtime Republican political operative, writes in the LA Times today about Donald Trump: “We aren’t being willfully blind. We’re not liars or hypocrites. We haven’t abandoned our ethical standards. We do, however, have concerns about what’s driving this impeachment and whether the proposed punishment fits the alleged infraction.” Most of these concerns boil down to the fact that Democrats have disliked Trump from the very start.

Fine. Whatever. But a bit later Jennings gets to the heart of the impeachment charges against Trump:

And then there’s the matter of the Ukrainian aid. Republicans perceive Democrats as simply ignoring the long history of administrations using aid to reward or punish foreign governments for their actions.

This is it. The big difference between Trump and Biden—and everyone else—is that Trump used military aid as a way to extort a personal benefit from Ukraine. That’s the start and the finish of the whole thing. If he had used military aid as bait to get Ukraine to fall in line with American interests in one way or another, no one would have blinked.¹

But he didn’t. He used the aid as bait to get a personal favor from Ukraine: namely an investigation into an opponent in a presidential campaign. That’s as plain an example of abuse of power as you could imagine. And after he was caught, Trump didn’t apologize or promise not to do it again or anything like that. He conducted a scorched-earth attack that left Democrats with no choice but to impeach.

I should know: I’m one of them. Lots of my fellow liberals have been calling for Trump’s impeachment practically since he was elected. I haven’t. As much as I loathe the man, I didn’t think he had done any single truly impeachable thing, and I also wasn’t sure that impeachment was politically wise anyway. Then came Ukraine. I continued to think that impeachment might be politically unwise, but it took only a few weeks for the question of whether Trump’s actions were impeachable to become obvious. Of course they were. Secretly withholding congressionally-approved military aid in return for a personal benefit? Putting responsibility for this in the hands of his personal lawyer instead of US diplomats? Instructing aides to lie to Congress about what was going on? Politically wise or not, of course Trump had to be impeached over this. It would be both cowardly and a mockery of the Constitution to do otherwise.

But this all hangs on the fact that Trump’s price was personal, not national. This is the thing that I suspect hardly anyone really gets.² Investigating a campaign opponent is a personal benefit. In an autocracy, campaigns are treated as mere appendages of governing, but in democracies they aren’t. We’re a democracy.

¹Jennings tries to pretend that Joe Biden did the same thing, withholding aid to Ukraine in return for firing a prosecutor who was investigating Hunter Biden. This is simply a lie. Biden was publicly carrying out US policy which was supported by the president, the State Department, and virtually all of Europe.

²Not us political junkies, of course. I’m talking about the other 99 percent of the country.